Thanks to the Download Card for Fire Emblem: Three Houses, spotted in the wild in Japan, we have some additional details about the game. First, we learn that the digital version requires about 11.9GB of free space (not counting any additional space for save data files). Also, it seemingly features some sort of online features, which means you will need a Nintendo Switch Online to enjoy all that the game has to offer.

More interestingly, Fire Emblem: Three Houses boasts compatibility with unspecified amiibo. Unfortunately, Nintendo and Intelligent Systems have said literally nothing about how amiibo are used in the game: all we know is that there’s an “amiibo Gazebo” in Garreg Mach Monastery.

Finally, the Download Card reveals that the game will get DLC, which is hardly a surprise since Fire Emblem Awakening and Fire Emblem Fates already did. 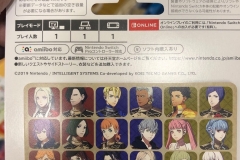 No doubts that details about all this will be shared in the inevitable Nintendo Direct presentation, which should be announced within the next few days.

Source: wwc1988
Thanks norfair for the heads up! 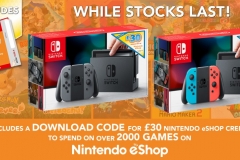 You can find the list of Nintendo Switch models and bundles on this page!