Here’s the latest episode of Nintendo Minute, which is about The Legend of Zelda: Link’s Awakening:

Hi, we’re back with another E3 vlog! Today is the first day of the show and we had so many exciting moments. We hope you liked the announcements today from the Nintendo Direct. Let us know in the comments below what game was your favorite. We’ll be back tomorrow with another vlog where we’ll be checking out all things Luigi’s Mansion 3! See you tomorrow and thanks for watching.

And here’s another episode, this time about Luigi’s Mansion 3:

Hi, Day 2 of E3 is in the books! Today we’re playing some Luigi’s Mansion 3, hanging out with the game’s developers and showing you around the Nintendo booth. We’re back tomorrow with our final E3 vlog. Thanks so much for watching every day!

Following the reveal of Banjo-Kazooie as DLC character (to be released this Fall), Nintendo have updated the official website for Super Smash Bros. Ultimate with a new soundtrack sample. This time, it’s the Spiral Mountain theme from Banjo-Kazooie, arranged by Grant Kirkhope!

During one of the Nintendo Treehouse Live segments on Day 1 of E3 2019, Takashi Tezuka announced that Super Mario Maker 2 will get an update after launch, adding the ability to play online with your friends (instead of just random players). More details will be shared at a later date.

In Japan, Nintendo are now selling the very t-shirts from the last Splatfest, along with some really neat key holders, on their My Nintendo Store. Here’s some pictures: 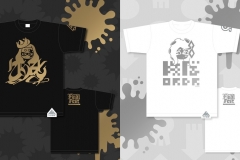 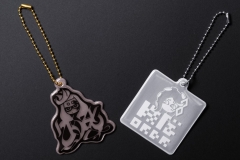 Speaking of the Nintendo Switch, Nintendo have announced a special offer in Japan. Starting June 27th, anyone purchasing a Nintendo Switch in Japan will get a 3000 Yen coupon, to be used on the Nintendo eShop (similar to the special bundle released in North America earlier this year). That way, you can get yourself some free games along with your brand new console!

Spin the Wheel with Mr. Miyamoto and Mr. Tezuka

Here’s a fun video with Shigeru Miyamoto and Takashi Tezuka sharing some facts: