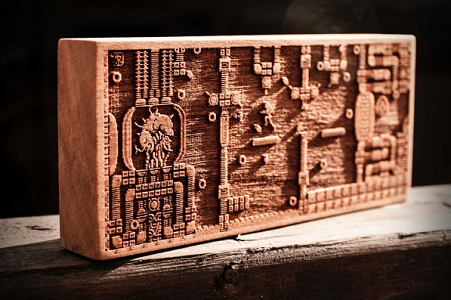 In the past, Nintendo released several sets of stickers on LINE (a messaging app that’s extremely popular in Japan), but also a theme (for Animal Crossing). Those completely change the appearance and the app, allowing users to customise it even further.

Here’s some pictures for that LINE Theme:

They made some carvings for some NES games, such as Super Mario Bros. 3, Contra, or even The Legend of Zelda. What’s interesting and impressive about those carvings is not just the artwork itself, but also the shape of the carving (meant to look like an actual NES controller or game cartridge).