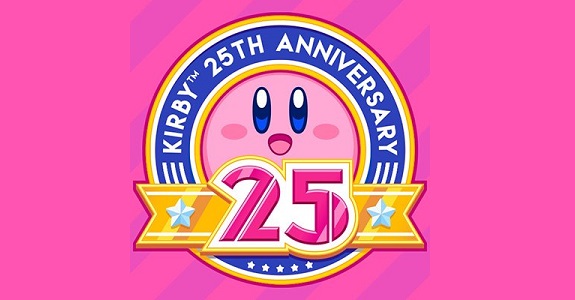 It’s on April 27th, 1992, that Kirby’s Dream Land was released on GameBoy, in Japan. Several decades later, the series is still going strong, and is in fact one of the longest running and most popular Nintendo franchises. On April 27th, 2017, the Kirby series will celebrate its 25th Anniversary and there’s no doubt Nintendo and HAL Laboratory has several events up their sleeve to celebrate.

Today, the oficial Twitter account for the Kirby 25th Anniversary was opened in Japan: you can click here to check it out! However, do note that this account is only for Japan, and therefore will only have news in Japanese for that country.

Here’s the cute animation that was shared today:

Last week, The Orlando Business Journal found out about several patents filed by Universal City Studios (the sister patent-filing division of Universal Orlando Resort). What’s pretty interesting about those patents two of them look like they could be for some of the Nintendo-themed rides, for the real-life “Nintendo Land” theme parks.

Here’s the two patents in question:

Drift racers: A two-rider, car-based amusement racing attraction with the ability to simulate drifting sensations. Two passengers, who could be in time/points competition with another car, will have control over some aspect of their ride vehicle: The driver would have a steering wheel and an acceleration and brake pedal to control the turning/drifting of the vehicle and speed; the rear passenger would have a control interface with buttons that could control the vehicle or bounce the ride vehicle, provide a boost to the vehicle during the race or affect the performance of another ride vehicle on the track, said the patent. For any Nintendo fan, that description brings to mind the video game company’s popular Mario Kart game series. In one version of the series, called Mario Kart: Double Dash, each car had two racers — including a driver and a rear passenger — who controlled the use of items during the race that could impact their car or others in the race.

Boom coaster: This is a unique arm that would attach to a ride vehicle to help enhance rides that appear to be on a track system, but are actually controlled by a separate arm. For example, the arm could be C-shaped connected to a secondary hidden track underneath the track guests see. As a result, rides that have story element breaks in the track — say like an upcoming jump from one track to another — could cause suspense. “Because the passenger may believe that the simulated ride surface controls a path of the passenger vehicle, the passenger may fear or anticipate that the passenger vehicle may crash or otherwise incur damage as a result of the elevated gap,” said the patent. This has many fans thinking it could also be related to Nintendo via the Donkey Kong Country video game series, which features areas with cars traveling through dangerous mines filled with jumps, dips and turns.

Hopefully, Nintendo and Universal share more details about the rides to be found at the “Super Nintendo World” theme parks soon!