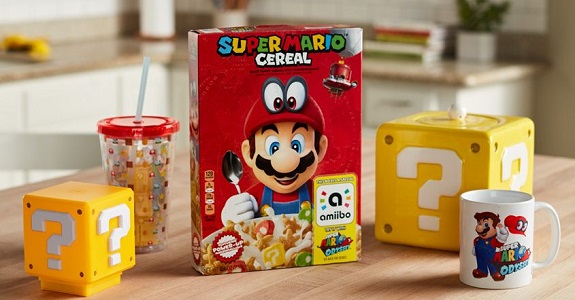 During the latest Nintendo Investor Briefing, Tatsumi Kimishima talked about the various ways Nintendo has and is going to use its IP, and even confirmed an animated Mario movie!

The reason Nintendo is so adamant in making use of its IP in a more “active” fashion is to increase the visibility of its characters in the daily lives of people, and boost their familiarity with the worlds from the games. The company’s goal, in Kimishima’s own words, is to “create an engine of competitiveness in the dedicated video game platform business and all of our other businesses”.

He then showed some examples of initiatives they undertook in the past:

Tatsumi Kimishima also mentioned “other initiatives” aimed at boosting opportunities for people to interact with Nintendo characters, which is done by increasing the number and variety of regional and worldwide collaborations. Expect more Mario shoes and bags in the future, then!

But the most interesting part of the final part of the briefing is the announcement of an animated movie featuring Mario. The movie will be done by Illumination (known for their work on Despicable Me and Minions”), with Chris Meledandri (Founder and CEO of Illumination) and Shigeru Miyamoto co-producing it.

This animated Super Mario movie will be financed by both Universal Pictures and Nintendo, with the former distributing it theatrically worldwide. It’s quite likely talks about the movie began at the same time as the ones for the Theme Parks, which makes us wonder whether it will debut in the same year as the first theme park.

More details about this animated Super Mario movie, including the debut date, will be shared at a later date.