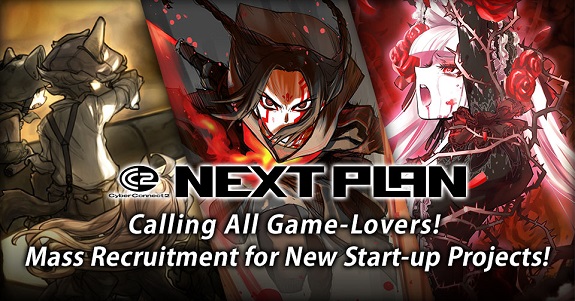 This year, CyberConnect2 are celebrating their 23rd Anniversary, and this week, they revealed the outline for their new strategy, which aims at making CyberConnect2 “a stronger place that will be able to create even more engrossing content in the year to come”.

As part of that strategy, CyberConnect 2 is going to start creating their own, original IP (alongside the commissioned games they develop). To be more precise, the company is planning to begin work on three self-published games, to be released simultaneously worldwide, on digital platforms.

And the reason we’re talking about those games is because today, CyberConnect2 announced that the Nintendo Switch was one of the platforms getting those, referred to as the “Trilogy of Vengeance”. The games are not directly tied to each other, but they do have one common theme: vengeance. They also have 3 concepts in common: “Small-scope/short-period development”, “Short playtime”, and “Low-price”.

Here’s details about the three games:

Fuga (latest entry in the Little Tail Bronx series, that includes Solatorobo: Red Hunter, among others)

One night, when the moon is full, four sisters enjoying a carefree life are summoned to an old castle by their mother. Waiting for them is a “ceremony” which will turn them into witches. Due to the ulterior motives of their mother, the four sisters are stripped of what they cherish most.

Transform your umbrella into all kinds of shapes and unleash hell on your enemies!

In order to develop those games, CyberConnect2 has launched a mass recruitment campaign. The thing is, development is yet to begin, but the games were ‘revealed’ ahead of time in order to attract potential developers. You can find more details about that on this page!

Fuga, Tokyo Ogre Gate, and Cecile (Switch – eShop) do not have a release date yet (their development hasn’t even begun yet!), but they’ve already been added to the Upcoming Games page!

Thanks sinonobu for the heads up!