Yesterday, Nintendo Australia posted a message on Facebook, explaining why the Nindies@Homes demos were not available in Australia. The thing is, in Australia, game demos need to be released before release, and more time is needed for that. Apparently, Nintendo is currently working with the various indie developers to make it happen.

Also, check out the screenshots we added below! 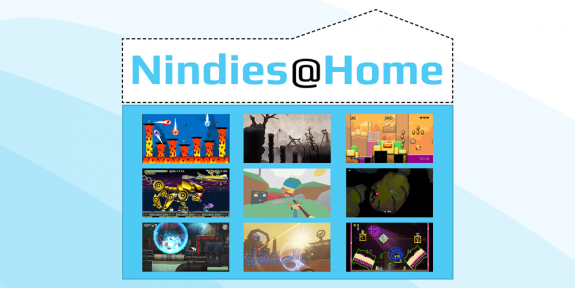 Every year, more and more indie developers go to E3, with a playable demo available on the booth of the console makers (such as Nintendo). But E3 is quite the extravagant show, and amidst the chaos, the vast majority of players generally pay little attention to indie games (focusing instead on the big, flashy titles from publishers).

Which is why this year, Nintendo has decided to do things a bit differently. A few minutes ago, the company revealed Nindies@Home, a special program highlighting 9 indie games coming soon to the Wii U and Nintendo 3DS eShop. Starting right now, users can download a playable demo for these games, and when they launch, they will be able to get a 15% off discount.

Here’s the 9 games highlighted, along with Nintendo’s description and a trailer:

In this paranormal Wii U platformer, every move players make comes back to haunt them. After each round players survive, a ghost will appear to mimic their every move from the round before. The longer a player survives, the more extreme the game becomes. The game offers 20 ghostbusting weapons, 50 challenges and co-op or deathmatch battles for up to four friends. The full game is scheduled to launch in Q3.

You will find the 8 other games after the break!

In a distant future, the small exploration probe forma.8 is stranded alone on the surface of an alien planet. Players must explore a huge open world to help the probe acquire 10 different power-ups and recover a powerful energy source deep under the surface. The game includes an area exclusive to the Wii U version. The full game is scheduled to launch this autumn.

Players fight their way across the celestial world of Avalice, where cats are green, motorcycles drive up walls and monster girls do most of the butt kicking. This cartoony, combat-based platform Wii U adventure pits a spunky dragonoid and her friends against an alien attack force. The full game is scheduled to launch in August [August 3rd in North America]

This first-person shooter gun ballet for Wii U is set in a cutesy abstract world. Players jump and shoot their way through five worlds full of treacherous enemies with your trusty semi-automatic. The game offers a hundred levels to master and five worlds to discover, with multiple secrets hidden deep within each world. The full game is scheduled to launch in December.

This platformer picks up right where the original Mutant Mudds left off. The game, which is exclusive to Nintendo eShop on both Wii U and Nintendo 3DS, includes 40 new dimension-bending levels and epic boss fights designed for super players. The full game is scheduled to launch this summer.

This metal wrecking, robot hacking Wii U shooter combines old-school gaming values in a new-school execution. With intense 360-degree shooting and platforming action, players learn to alter the behaviour of their robotic enemies by collecting and uploading hacks. The full game is scheduled to launch in November.

Up to nine players can join in the colourful chaos in this Nintendo eShop exclusive. The world transforms before players’ eyes with each swipe of colour, so think fast to stay alive. Go head to head in Run, Arena and King of the Hill, or play as the ColorMaster and manipulate the environment on the Wii U GamePad controller. Players can take on challenges alone or with friends in Runbow’s Adventure Mode. The full game also features guest characters from other Nintendo eShop titles. The full game is scheduled to launch in Q3.

More than 40 unique locations await in this first-person sci-fi Wii U adventure. The game is a psychological thriller with exploration and puzzle elements. Players interact with cryptic logic puzzles, make psychological decisions and explore memories to unlock the secrets of their identity. The full game is scheduled to launch in Q4.

Change Words, Change Worlds! Typoman is a two-dimensional puzzle platformer distinguished by a unique game world. Be the HERO and set out on the journey to become whole and gain the powers you need to defeat the giant, evil demon that rules the world you are trapped in. The full game is scheduled to launch in Q3.

Which of these Nindies@Home games are you interested? Feel free to tell us in the comments!