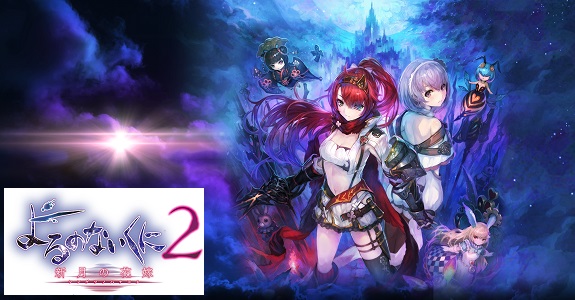 During the latest Nintendo Direct presentation, last month, it was announced that Yoru no Nai Kuni 2 ~Shingetsu no Hanayome~ (simply known as Nights of Azure 2 in English so far) was coming to the Nintendo Switch. Even better: it will be seemingly released simultaneously along with the other platforms (PlayStation 4 and PlayStation Vita), though Koei-Tecmo is yet to announce the release date.

On Monday, Gust / Koei-Tecmo shared some details about the game, introducing two characters:

For more details about the game, make sure to check out the Gematsu link below.

Finally, here’s plenty of screenshots and artworks for the game:

Nights of Azure 2 (Switch) will be released later this year in Japan. A western release has been confirmed, but no further details have been shared.