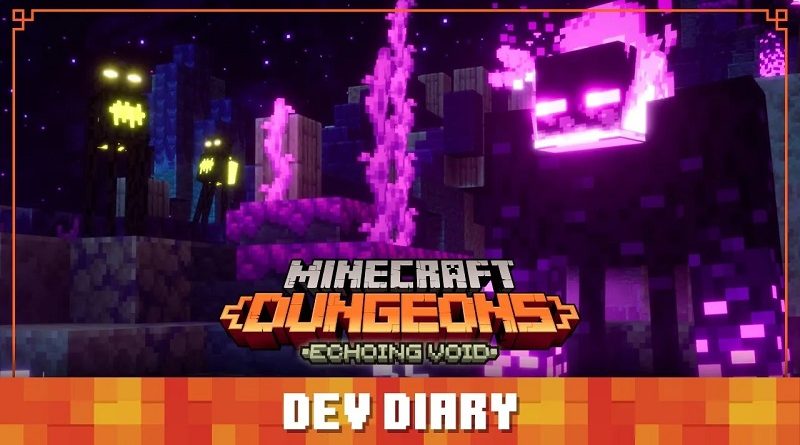 The latest set of DLC for Minecraft Dungeons, Echoing Void, comes out tomorrow worldwide (on July 28th). Ahead of that release, Mojang Studios have shared even more details and videos for it, starting with a new blog post. This one features details about the Enderlings, eerie enemies you will have to battle in this new bit of DLC. Click here to learn more about them!

The most important thing for our artists to nail was giving each of the enderlings a distinct look, emphasising their core gameplay abilities and ensuring they maintained the otherworldly feel the enderman is known for. The watchling is most like the enderman of the three. With its many eyes, it’s always on the lookout for intruders. When it spots a player, it instantly teleports right beside them and lash out with a vicious melee attack.

Speaking of the Enderlings, here’s some footage showcasing the little buggers in action:

Next, we have the latest Dev Diary video for the game. Naturally, this one is all about the Echoing Void DLC!

The End justifies the means – especially if the End contains three new missions and a bunch of loot! Join David, Christian, Danielle, and George as they delve into the upcoming Echoing Void DLC and the otherworldly challenges that await you on the other side of the End Portal!

Finally: the soundtrack! The music from the Echoing Void DLC for Minecraft Dungeons is now available for streaming on Spotify: click here to give it a listen!