Yesterday, Microids revealed their line-up for 2019, which includes mostly licenced games from French comics and even a TV game show: Blacksad: Under the Skin, Asterix & Obelix XXL3, For Boyard, Titeuf: The Game, and more!

Microids have announced that Blacksad: Under the Skin will be released in September in Europe and North America.

Here’s the latest set of screenshots: 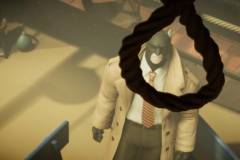 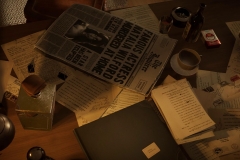 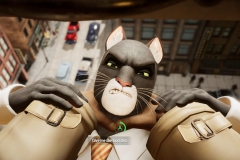 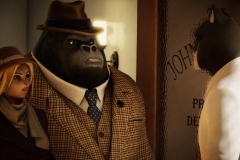 An odyssey to share made of humor, slaps and friendship. Our two famous Gauls are back, fitter than ever and are ready to crystallize your attention in Asterix & Obelix XXL3: The Crystal Menhir! On the menu? Wild boars, laughs and slaps right and left. Faithful to its predecessor, the game will feature cinematographic references. For the first time, players will have the chance to discover this fantastic adventure alone or in co-op as Asterix or Obelix!

Asterix, Obelix and Dogmatix must put back together the mysterious Crystal Menhir! They will have to venture into the four corners of the Roman Empire and beyond, to stop a terrible threat!

Fort Boyard is a party-game inspired by the famous, long-running French TV game show. It will be released this Fall in Europe and North America.

Enter Fort Boyard’s legend and take on challenges worthy of the greatest adventurers! In this party game, players will take part in the trials of the eponymous TV show. Alone or up to 4 players, they will meet the iconic characters of the stone vessel, in their quest to gather all the needed keys to access the treasure. Endurance, dexterity and perseverance will be their best assets to earn as much Boyard coins as possible. 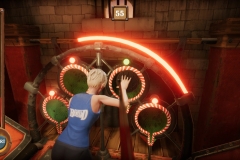 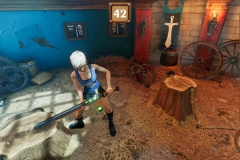 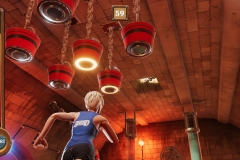 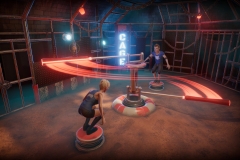 Titeuf: The Game is a party game inspired by the famous French comic. It will be released this Fall in Europe and North America.

Titeuf and his friends are coming back in video games! Help them while they are pretending to be the worst dunces of the school playground in 50 mini-games up to 4 players. The day before Back to School, Titeuf was watching a TV show about cloning practices. The scientists chose the most beautiful sheep breeds to create clones. Titeuf got scared… It is, in some way, as if they choose the top of the class!

By the end of next month (April), Microids will reveal a new game, and more precisely a reboot of a “title that shook the 2000s”. Unfortunately, it’s not clear what the game is, and whether it will be released on Nintendo Switch.

The Upcoming Games page has been updated with the new games/release windows!