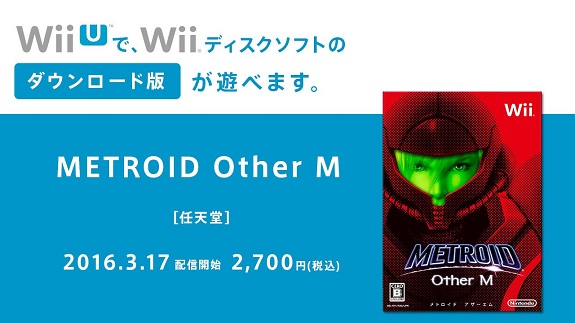 In Japan, the Nintendo eShop is always updated on Wednesdays (at 10AM JST). But sometimes, games are released on a different day, when there’s a Nintendo Direct for example. But it’s not the case of Metroid: Other M, which is now available as a Wii Download on Wii U on the Japanese Nintendo eShop. This is most likely due to My Nintendo, which was launched today: that way, people buying it can get coins for their purchase.

Here’s some details for Metroid: Other M as Wii Download on Wii U:

Unfortunately, we don’t know when Metroid: Other M (Wii) will be released in Europe and North America.