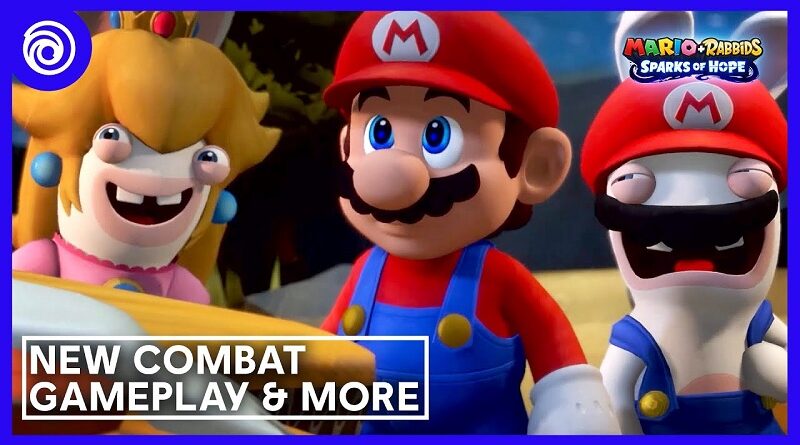 Next month, Mario + Rabbids Sparks of Hope (the long-awaited sequel to Mario + Rabbids Kingdom Battle) will finally be released in Europe and North America (Japanese players will have to wait until December). And today, Ubisoft have shared a brand new video for the game, showcasing some of the changes made to key elements of the game.

For this second Mario + Rabbids game, Ubisoft Milan could have easily gone with more of the same, but instead, they chose to improve and refine almost everything. The game now features free movement (a real game changer compared to the grid-based battles of the original), brand new abilities, and more. And those gameplay changes come on top of the brand new worlds and characters (like Edge and Rabbid Rosalina)!

Only the most extravagant team of Heroes can rekindle the sparks of hope across the galaxy!

Team up with Mario, Rabbid Peach and their friends on a cosmic journey to defeat Cursa and save the galaxy! Explore planets throughout the universe that are filled with strange inhabitants, memorable quests and hilarious secrets! Outwit enemies in an innovative combat system mixing turn-based tactics and real time action. Combine forces with the Spark’s immense energy and anything becomes possible…for better OR worse!

Mario + Rabbids Sparks of Hope (Switch) comes out on October 20th in Europe and North America, and December 2nd in Japan.