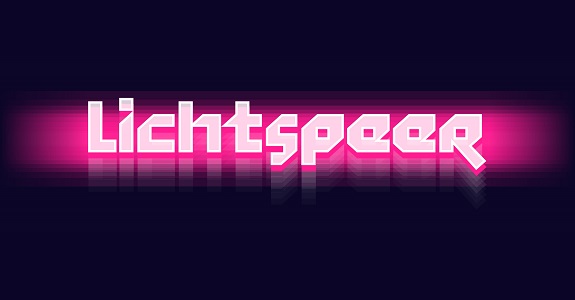 Lichtspeer is an uber fantastich game headed to the Nintendo Switch, where it will be known as Lightspeer: Double Speer Edition. But what is that game, exactly? Well… *please take a deep breath before reading the next bit* It’s an “action arcade lightspear-throwing simulator based in ancient Germanic future”. Yes, you read that right, and now, we didn’t just string together a bunch of random words!

Lichtspeer takes place in a world filled with Penguin Vikings, Wurst Zombies, Hipster Ice Giants, and other creatures as crazy as the description you just read. You get to play an ancient champion with an “elegant weapon” (a lightspear), that you throw at enemies (preferably in the head) to defeat them. Your goal? Please the gods, and restore balance to the universe.

The game has you traverse through lands straight out of Germanic myths (ok, maybe not “straight” out!), and survive with style. To do so, you can expand your powers, which allows you to kill enemies with style, and please the gods.

On Nintendo Switch, Lichtspeer will feature local co-op (for 2 players), which is why this edition is dubbed “Double Speer Edition” after all.

We don’t have any assets for the Nintendo Switch yet, but here’s a trailer and some screenshot based on the PC / PS4 version:

Lichtspeer: Double Speer Edition (Switch – eShop) does not have a release date yet, but it’s already been added to the Upcoming Games page!