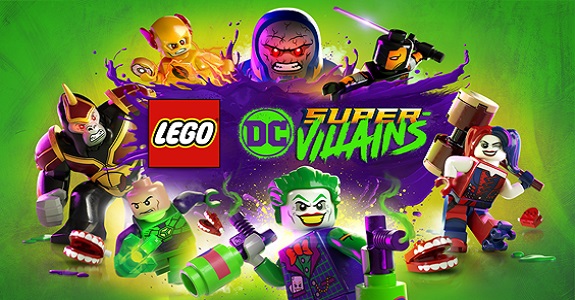 Earlier this week, Warner Bros. revealed the latest entry in the long-running LEGO series of video games: LEGO DC Super-Villains. As the name indicates, this one allows players to play not as the usual Super Heroes, but instead as a bunch of villains. It will be released on October 16th, on Nintendo Switch.

The game features various locations and characters from the DC universe, and (for the very first time) lets you create your very own DC Super-Villain. That character is actually at the very center of the story, which sees them team up with various villains. Unlike other LEGO games, based on movies, LEGO DC Super-Villains features a brand new story, written in collaboration with DC. Of course, the usual LEGO humour is still there!

In LEGO DC Super-Villains, the Justice League has disappeared, leaving Earth’s protection to a newcomer group of heroes from a parallel universe, proclaiming themselves as the ‘Justice Syndicate’. Renowned DC Super-Villains from the ‘Legion Of Doom’ discover Earth’s newest heroes may not be the heroes they claim to be. With each player’s completely customizable Super-Villain character in command, this team of misfit lawbreakers must join forces to discover and foil the evil plans the incognito strangers have in store.

At the beginning of the campaign, players can create their own unique villain and main character throughout, while also teaming up with a variety of DC Super-Villains throughout the story mode. As players progress, they will unlock new abilities, powers and can continue to customize their character to take on the evil threat. Friends and family can join story mode at any time with the fun, two-player, local co-op experiences where players can team up in epic boss fights.

The game will be available in several editions: regular and Deluxe Edition. The latter includes a Season Pass, but also early access to the DC Super-Villains TV Series DLC Character Pack. If you buy it at retail, you will also get an exclusive LEGO figure of Lex Luthor Superman. If you buy it on the Nintendo eShop, you get the Justice League Dark DLC Character Pack instead.

Finally, here’s the Nintendo Switch boxart and some screenshots:

LEGO DC Super-Villains (Switch) comes out on October 16th in Europe and North America. The Upcoming Games page has been updated!