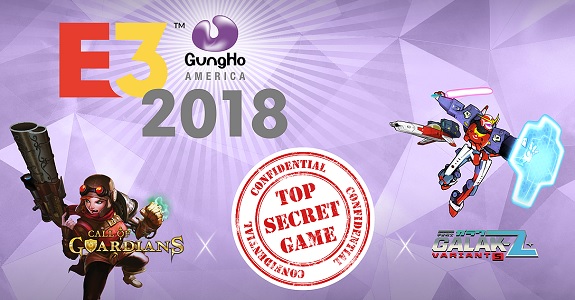 Earlier this week, GungHo began sharing details about their E3 2018 plans, and the games they would showcase there. One of them is called GALAK-Z: Variant S (developed by 17-Bit), and it’s headed to the Nintendo Switch.

As a follow-up to the original, GALAK-Z: Variant S delivers a premier galaxy-surfing, space-blasting experience on the Nintendo Switch with intuitive controls, a story-driven campaign, and intense combat for players to voyage through the universe at hyperspeed. In this spaced-out game developed by 17-BIT, players can collect upgrades, salvage, relics, and Bots to max out their spaceship’s potential and boost their Mech’s combat effectiveness to become the highest ranked pilot in the galaxy.

Experience stunning space combat from the cockpit of a sleek spaceship, or a giant Mech wielding a radical laser sword! Battle space pirates, squish giant bugs, challenge Dark Bot bosses, and crush the evil Baron’s army of nasty Imperial troops through more than a hundred endlessly replayable missions in a full-scale story campaign. Fight against player-created squads in the Bot Battle League and earn Trophies to reap better rewards. Collect upgrades, salvage, relics, and Bots to make your spaceship and Mech even stronger, and fight to become the highest ranked pilot in the galaxy!

You can get an early look at GALAK-Z: Variant S on the official website.

Also, GungHo will reveal another game for the Nintendo Switch and share additional news through upcoming announcements, leading into E3. Unfortunately, we don’t know what that mystery game could be: it may well be the new IP they were talking about last year.