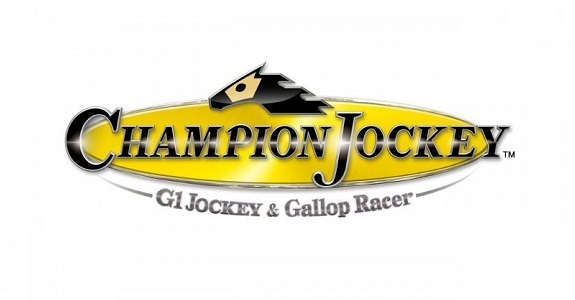 On September 14th, Koei-Tecmo is going to release not one, but two horse racing games on the Nintendo Switch: Winning Post 8 2017 and Champion Jockey Special!

This version offers the latest data from the Tokyo Yushun / Japan Derby, including the latest JRA schedule (Japan Racing Association), the Osaka Cup, and the Hopeful Stakes.

This Nintendo Switch version of the game offers exclusive features, such as the IR Camera, and the ability to play using only one Joy-Con. Regarding the IR Camera, it can be used to “scan” objects, when creating your horse. You could get a rare and/or unusual colour for your horse’s mane, including the white or zebra patterns available only as DLC on other platforms.

You can play this game with just one Joy-Con, and by holding the Joy-Con like a remote. There’s various shortcuts that makes navigating menus and the like pretty easy.

The Nintendo Switch version will also come with the DLC from the other versions included for free.

Finally, you will be able to transfer save data from one game to the other, allowing you to:

Winning Post 8 2017 will cost 7 800 Yen + taxes (with 10% off during launch week on the Nintendo eShop), and until October 31st, players will be able to get bonus items and money as an early-purchase bonus.

Champion Jockey Special is a game where you try to become the best jockey in the world, by winning horse race after horse race. It offers pretty accessible controls, with the three control types described in this post. There’s also a tutorial that allows you to get familiar with each type.

The game features no less than 12 000 race horses, and 35 courses, including famous horses such as Symboli Rudolf, Oguri Cap, Kitasan Black, and Sato Diamond.

This version offers the latest data from the Tokyo Yushun / Japan Derby, including the latest JRA schedule (Japan Racing Association), the Osaka Cup, and the Hopeful Stakes.

Players can use the Joy-Cons for “realistic” races where they pretend they’re holding the reins like an actual jockey. The game also offers HD Rumble, so that you can feel “realistic” vibrations as if you were the one riding the horse. And of course, you can use the IR Camera for horse creation, just like in Winning Post 8 2017.

You can also choose between plenty of different race horses, and outfits for your jockey. There’s also some really… unique… race “horses”, such as a zebra, a tiger, a road bike, and more. As for outfits, you can wear outfits such as a knight armour, or a clown disguise.

If you have save data from Winning Post 8 2017, you can get the following:

Winning Post 8 2017 will cost 7 800 Yen + taxes (with 10% off during launch week on the Nintendo eShop), and until October 31st, players will be able to get 5 rare horses as early purchase bonus (Third Stage,  Unbelievable, You Escape, Dark Legend, Nekoko Nekoro Girl).