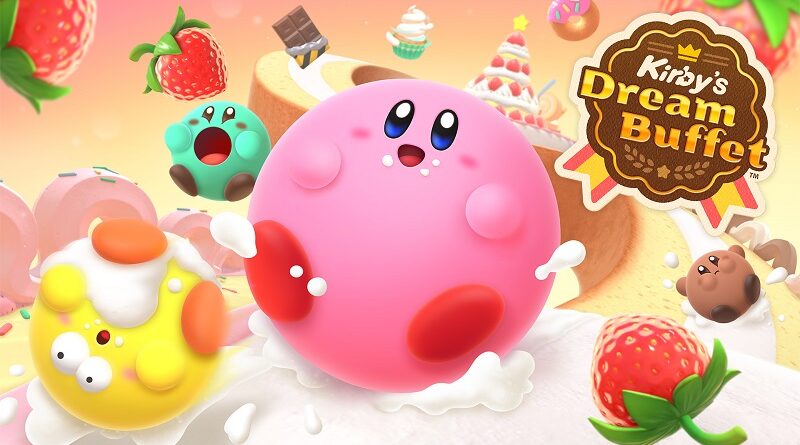 Announced last month for a Summer release, Kirby’s Dream Buffet finally has a release date… and it’s closer than you might have expected! During the Kirby 30th Anniversary Music Fest, it was announced that this action multiplayer game will be released… next week, on August 17th!

As previously announced, Kirby’s Dream Buffet will be available for purchase exclusively from the Nintendo eShop (though some regions will get boxes with a Download Code inside at retail). It’s now available for digital pre-order, if you can’t wait to get rolling!

For more details and footage for Kirby’s Dream Buffet, make sure to check out this post!

Roll through a smorgasbord of food-themed stages in 4 rounds of 4-player fun as Kirby…who seems rounder than usual? Race through delicious obstacle courses to collect strawberries as Kirby grows. Then, turn the tides in the final round—a fruity fight atop a floating platform.

Also, it was announced that the Kirby: Right Back at Ya! anime series will get a Blu-Ray release this Winter in Japan. The anime series, which originally aired from 2001 to 2003, has been been given the HD remaster treatment, and as a result, is bound to be the definitive version!