KAIO: King of Pirates is an Action-RPG that Keiji Inafune was working on over at Comcept, and which was announced back in 2011. 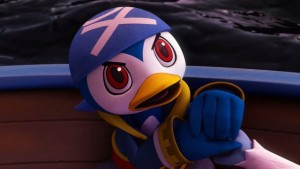 We didn’t get to see much of the game (which was supposed to come out on the Nintendo 3DS), and unfortunately, we probably never will: Marvelous has just announced that the whole project has been cancelled. This doesn’t really come as a surprise, as it had been several months since we last heard anything about the game.

KAIO: King of Pirates was supposed to be a major cross-media project à la Youkai Watch. This cancellation is due to rapid changes in market conditions, and more specifically the difficulty of launching a cross-media licence. After all, Level-5 seems to be the only company that regularly manages to do so, as Square-Enix (with Gyrozetter), SEGA (with Hero Bank) and Capcom (with Gaist Crusher) all tried, with varying levels of failure.

Here’s the trailer revealed back in 2011: