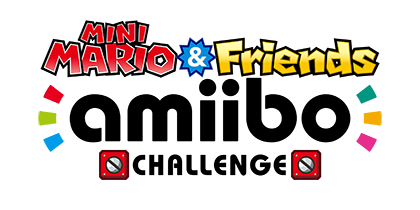 A few months ago, before the release of Etrian Odyssey V, Atlus announced that there would be a live concert for the Etrian Odyssey series on November 23rd. It’s called Sekaiju no Meikyuu Live 2016: Nagaki Shijima no Hate (lit. The End of the Long Silence), and it will have guests such as Yuzo Koshiro himself, with the SQ F.O.E. band performing.

Here’s some details about the concert:

When Mini Mario & Friends: amiibo Challenge originally launched in Japan, you had to buy an amiibo in order to get a download code for the game. There was a similar promotion in North America, though Nintendo later released the game for free on the Nintendo eShop. In Europe, the game was directly released on the Nintendo eShop without any promotion whatsoever.

But in Japan, the game was still not available for free from the Nintendo eShop… until today! Here’s some screenshots:

On November 3rd, the latest annual promotion with Yo-kai Watch at McDonald’s will start in Japan. This year again, there will be an exclusive Yo-kai Watch 2017 calendar, but also stickers, and a DVD featuring a special video.

Here’s the segment dedicated to LEGO Star Wars: The Force Awakens from the latest episode of Denjin Getcha:

Here’s some additional screenshots for Kamiwazawanda Kirakiraichibangai Kikiippatsu (Nintendo 3DS), releasing on October 27th. You can now pre-load it from the Nintendo eShop or Nintendo’s website, if you’re interested!