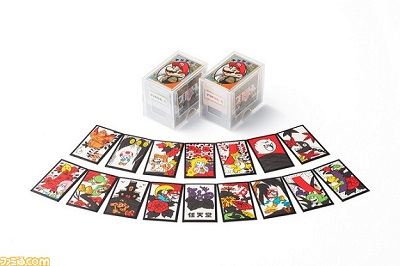 Twice per week (on Monday and Thursday), some workshops are held at the NicoNico headquarters in Japan, allowing participants to learn about various playing card games from instructors and famous players. And next week, there will be a special workshop for Mario Hanafuda. Employees from Nintendo will come in order to teach players about Hanafuda (such as how to play it), and more.

If you happen to live in Japan, and near the NicoNico headquarters (in Tokyo), you can click here to learn more about this event (which will be free).

Today, Nintendo added 12 panels of Pokémon Pixel Series badges: you can find pics of them all by clicking here! 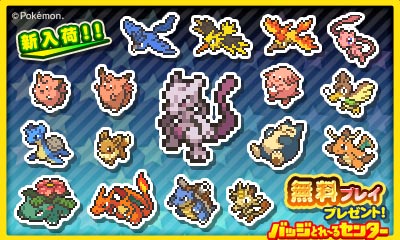 Here’s pictures of various Splatoon goodies that fans can try to win at the many 7-Eleven stores across Japan:

Today, some new Event Quests went live for Monster Hunter X in Japan (including those for the Nintendo collaborations). Here’s some screenshots for them, with two for Event Quests coming next week:

You can listen to sample of the tracks from the first album on this page.

Here’s some gameplay footage for Kouenji Joshi Soccer 3, coming out next week (on June 16th) in Japan, on the Nintendo 3DS: