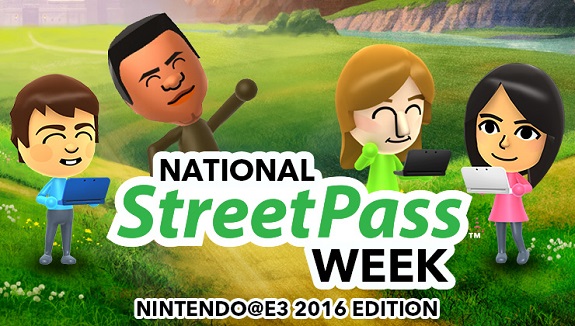 Here’s some exclusive footage for LEGO Star Wars: The Force Awakens, from IGN:

LEGO Star Wars: The Force Awakens (Wii U / 3DS) comes out on June 28th in Europe and North America, and October 13th in Japan.

Heads up to everyone living in North America: the National StreetPass Week Nintendo E3 2016 edition starts today, and lasts until June 19th. During that “week”, you will be able to get up to 6 StreetPass tags from all across North America simply by visiting a Nintendo Zone location. What’s more, it looks like special Mii will be distributed via SpotPass too, which has become another E3 tradition from Nintendo!

Last month, Nintendo announced that it was planning to sell its majority stake in the Seattle Mariners. While many long-time Nintendo fans already knew about it, many were those who were surprised that Nintendo actually owned a baseball team in the United States. This video from the Gaming Historian takes a look at one of the most interesting parts of the Nintendo History:

Here’s a commercial for Disney Art Academy, launching on July 15th in Europe: