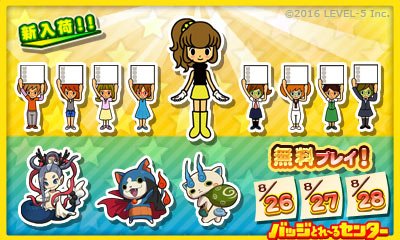 Announced yesterday, Jikkyou Powerful Pro Yakyuu Heroes (for the Nintendo 3DS) now has its teaser website. Unfortunately, it’s pretty barebone… even for a teaser website! All you will find there is the illustration below and… that’s it.

Today, GungHo announced that the Puzzle & Dragons X anime series had accumulated over 13 million views since its debut, in July. To celebrate, at the end of Episode 9, a QR Code will be revealed: scanning it will allow fans to get a special item in-game (a Life Stone). The QR Code will be active from September 1st to September 8th.

Here’s a commercial for the anime series:

Today, it was announced that LEGO Ninjago Nindroid would be released on November 22nd in Japan, on Nintendo 3DS.