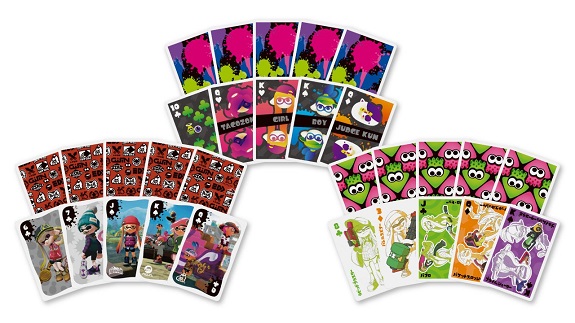 Nintendo is well aware of that, which is why the Squid Research Lab is regularly showcasing various goodies and advertising events on the official Twitter account. And today, it showcased official Splatoon merchandise made by Nintendo: three sets of playing cards, which will be launch in July in Japan.

Unfortunately, it’s unlikely that those playing cards will ever be released outside Japan. At least importing them shouldn’t really be an issue, and you don’t have to deal with region-locking either.