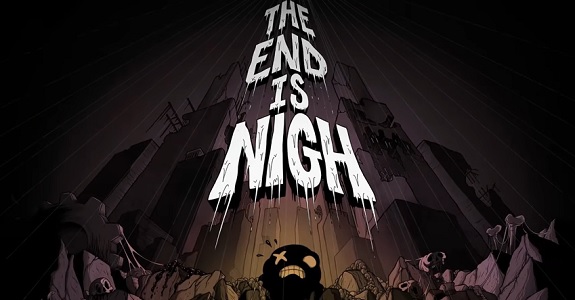 Today’s indie news: gameplay footage The End is Nigh on the Nintendo Switch, but also…

Today, Nicalis shared video of The End is Nigh (by Edmund McMillen and Tyler Glaiel) running on the Nintendo Switch:

The End is Nigh (Switch) comes out later this year.

Here’s some screenshots and a trailer for the Japanese release of I and Me, taking place on July 6th (Price: 1 000 Yen):

I and Me (Switch) comes out on July 6th in Japan, and later this year in Europe and North America. The Upcoming Releases page has been updated!

Here’s some gameplay footage for Blade Strangers, a 2D fighting game coming to the Nintendo Switch!

Ready for classic 2D fighting action with local and online VS play? #BladeStrangers is coming to #NintendoSwitch and #PS4 pic.twitter.com/hjop9PnKyU

Today, Turtle Cream announced that their New Nintendo 3DS port of 6180 the moon (previously released on the Wii U) would be available in North America on August 29th. It was released in Europe back in March!

Here’s a trailer for Hyper Sentinel, a pretty intense shoot ’em up coming to the Nintendo Switch:

KnightOut is a build and brawl game for 1 – 4 players, that could be coming to the Nintendo Switch if the crowdfunding campaign is successful. Here’s what the game is all about:

Each game starts with both teams building a castle outfitted with cannons. Then, all hell breaks loose! Cannon balls fly, stone walls crumble, and your knight takes to the turf, slashing his sword. Once you’ve destroyed your opponent’s base and killed the king inside, you win!

The developers need at least $15 000 to release the game on the Nintendo Switch, and the campaign is currently sitting at $9 185, with 29 days left… needless to say, the campaign is already successful!

For more details about Knight Out, make sure to check out fig campaign page!

KnightOut (Switch – eShop) does not have a release date, but it’s already been added to the Upcoming Releases page!

Here’s the latest screenshot for Yoku’s Island Express, releasing on the Nintendo Switch in 2018: