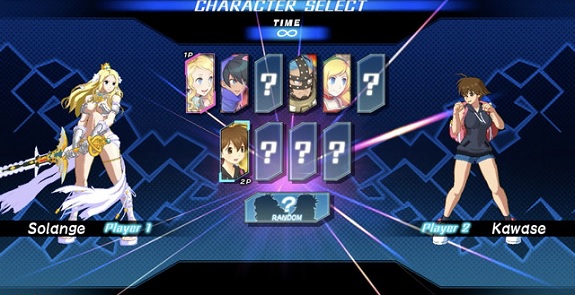 Nicalis really, really like the Nintendo Switch (more than any other Nintendo platform, it seems!), so much that yesterday, they announced yet another game for it (although this one isn’t an exclusive). That new game is called Blade Strangers, and it’s currently in development at Studio Saizensen.

What’s particularly interesting about Blade Strangers it’s that it’s a crossover fighting game featuring characters from 3 seemingly random titles/series: Cave Story, Umihara Kawase, and Code of Princess. According to the developers, it offers the same dynamics and speed of Guilty Gear and Street Fighter, but with the same simplified controls as the Super Smash Bros. series.

The game will have some pretty stadard modes for a fighting game:

As for the characters models, the developers did something pretty interesting: they first created them in 3D, before converting them to sprites (in 2D). Naturally, the stages themselves are taken from each series’ games (Cave Story, Umihara Kawase, and Code of Princess). Finally, the developers are planning to keep supporting the game with post-release updates.

Blade Strangers (Switch) does not have a release date yet. It has already been added to the Upcoming Releases page!