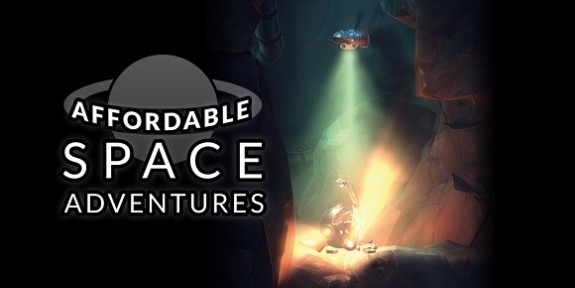 Today’s Indie news: an update for Twisted Fusion on Wii U, but also…

Yesterday, Leuvsion announced that Twisted Fusion was getting an update, which has already been submitted to Nintendo for lotcheck. Here’s the list of changes for this update, which will bring the game to Ver. 1.1:

We don’t quite know when the update will be released, but since it’s already been submitted to Nintendo for lotcheck, we should be get a release date pretty soon (if everything goes well)!

Earlier today, Gamasutra published a pretty lengthy interview with Niklas ‘Nifflas’ Nygren about Affordable Space Adventure, by far one of the most unique games on the Wii U (and the one that pushed the dual-screen gameplay the furthest).

This interview goes over what inspired the game in the first place (spoiler: it was Steel Battalion!), how the team came up with the various roles for the “crew members” (when playing in multiplayer), the UI, and more.

And so Knapnok, which had lots of experience and talent in designing local multiplayer, came up with the idea that different parts of the ship’s functions could be delegated to different players. “And it turned out to be the best part of the game,” says Nygren. “I mean, it worked perfectly with what the game was already about, so you end up with the same metaphor, like you’re all in the living room, sitting together in a spaceship.”

Dividing up the ship’s controls to two players was pretty straightforward. One could be the pilot, flying the ship with a Wii controller, and the other with the Gamepad could be the engineer. “With three-player mode it got a little more tricky,” says Nygren, who admits that it’s best to play in pairs. “We couldn’t find the perfect way to split it for three people.”

Pic-a-Pix Color is already available in Europe, but fans of Picross in North America are still eagerly waiting for it. Today, Lightwood Games announced that they didn’t have that much longer to wait: the game will be released on April 13th… that’s Thursday! Naturally, the game will be available on both the Wii U and the Nintendo 3DS, and the DLC is also coming!