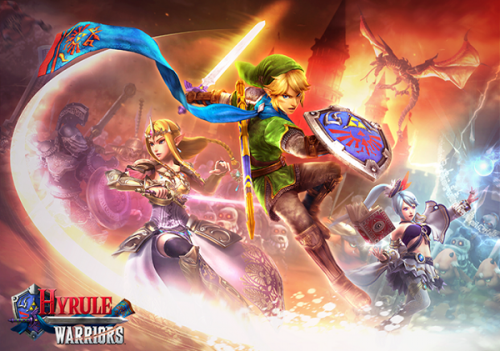 After many months of waiting, Hyrule Warriors Legends is now available in Europe, on Nintendo 3DS (North American fans will have to wait a few more hours, until tomorrow!). And today, Hyrule Warriors on Wii U also received an updates: it brings the game to Ver. 1.8.0, and is exactly the same as the one released a few weeks ago in Japan.

What’s new in Ver. 1.8.0 of Hyrule Warriors on Wii U? Unfortunately, nothing much… All the update does is add the new characters and weapons from Hyrule Warriors Legends:

But to play with those characters and the new weapon, you need to use the 16-character code found in the box of all new copies of Hyrule Warriors Legends (or on the receipt on the Nintendo eShop, for the digital version), and then enter it on the Nintendo eShop on Wii U. Alternatively, a DLC pack with those new characters and Ganondorf’s weapon will be available for purchase this Summer (click here for more details)!

This update for Hyrule Warriors requires 277MB of free space on your Wii U or external HDD (thanks Joe Merrick!). To download it, you have two options:

To check that you have the latest version, simply launch the game. You should see “Ver. 1.8.0” just below the game’s title: 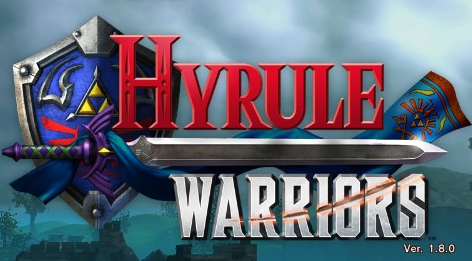 In May, the game will get another update (Ver. 1.9.0), adding Medli as a free playable character (click here for more details)!