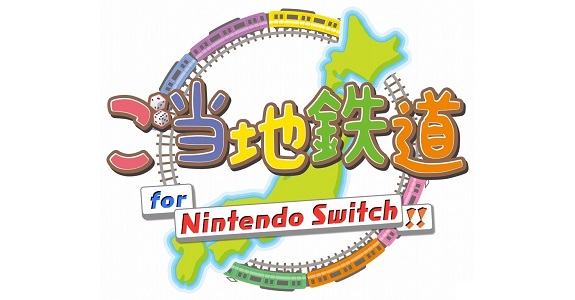 Today, Bandai-Namco announced another game for the Nintendo Switch, but it’s most likely not one you were expecting, let alone hoping for! That game is none other than Gotouji Tetsudou for Nintendo Switch!!, an expanded port of Gotouji Tetsudou ~Gotouji Chara to Nippon Zenkoku no Tabi~, originally released on Nintendo 3DS and Wii U back in 2014.

Gotouji Tetsudou for Nintendo Switch!! is all about the mascot characters that Japan is known for. It features no less than 120 mascot characters, from all over the country, but also over 180 local specialties.

Gotouji Tetsudou for Nintendo Switch!! is a sugoroku-like board game, where you have to throw the dice to move around. When you stop at various places, events occur. Your goal is to be the one to gather the most fans across the counties. Sometime, an original character called Ojapon appears, and likes to help players… though he very often ends up disturbing them instead.

This Nintendo Switch version features some new elements, such as the Ojapon character becoming Angel Ojapon, but also new events, new mini-games, and voice acting (with Masako Nozawa, most famously known for her role as Son Goku from the Dragon Ball series, voicing Ojapon and Angel Ojapon).

Gotouji Tetsudou for Nintendo Switch!! (Switch) will be released this Winter. The Upcoming Games page has been updated!