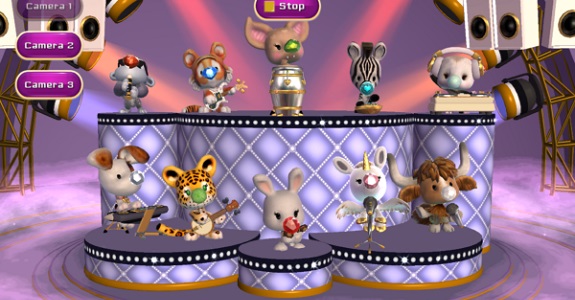 Starbreeze, the publisher of the Payday series, has another game in the works for the Nintendo Switch… and it couldn’t be any different from the co-op shooter (that we haven’t heard about in months). That new game is Geminose: Animal Popstars,which takes place in a world where Geminose (animals with gems as noses) and Magic, Music, and Dance are at the heart of everything.

Your goal in this game is to create your very own band of Geminose animals. They all have their own personality and country of origin, with dozens of customisation items to dress them up with. The game features over 30 instruments (with several variations), and you will need to master them before you can play in Festivals, and go on a World Stage Tour.

About the Geminose animals: you can actually combine them, to create over 90 unique hybrid mashup animals. There’s a lot of unlock in the game: songs, games, and more, but also rewards that you get from the World Stage Tour that can be used to decorate the Geminose animals’ rooms.

Here’s a teaser trailer and some screenshots:

Geminose: Animal Popstars (Switch – eShop) does not have a release date yet, but it’s already been added to the Upcoming Games page!