Following yesterday’s Feh Channel presentation, the developers at Intelligent Systems have shared more details about the Ver. 3.2.0 update for Fire Emblem Heroes, which is releasing next week. To be more precise, it will launch at the following time:

There will be some maintenance leading up to this update: check out this page for all the details about it, such as the time in your region. Important: bookmark data created in Ver. 3.1.0 will NOT be useable in Ver. 3.2.0, which means that if you stop playing before completing a map., then you will be unable to resume it and progress will be lost.

Here’s the main new features and improvements planned for this Ver. 3.2.0 update:

As usual, official patch notes will be added to this page as soon as they’re available.

Revealed during the Feh Channel presentation, Dragonflower is a new kind of item that allows you to increase the stats of your Heroes. You can get them from two places:

There are 4 different types of Dragonflowers, each corresponding to a specific movement type: 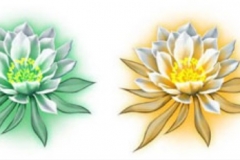 When increasing a Hero’s stats, Dragonflowers corresponding to the type of Hero will be consumed.

Dragonflowers can only be used a certain amount of times:

Unsurprisingly (that’s generally how it works in games with such a mechanic), the more Dragonflowers you use on a given Hero, the more you need to keep increasing their stats. Naturally, Heroes you can use Dragonflowers on up to 10 times will see the Dragonflowers requirements go up at a slower rate. 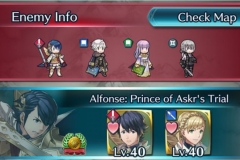 And as mentioned during the Feh Channel presentation, Dragonflowers have no impact on the strength of your opponents in the Arena (it will also not impact your score after winning).

Heroic Ordeals is a brand new game mode introduced in Ver. 3.2.0.. It features a specific map for every single unique Hero that has been added up to this point (yes, that’s a lot of maps!).

To tackle those maps, you need to have the corresponding Heroes. The primary Hero is deployed alongside an additional Hero, and the first time he/she defeats two or more enemies and wins the battle, you get a Dragonflower as reward. But there’s a twist: the closer you are to a Hero’s release date when you clear their Heroic Ordeal, the more Dragonflowers you get!

Of course, you can only tackle a Heroic Ordeal map if you DO have the Hero: it won’t work if you don’t have that Hero, if you did but sent them home or turned them into a combat manual. Also, keep in mind those special maps do not grant EXP, SP, or HM.

As announced previously, Ver. 3.2.0 includes some major changes to the Merge Allies feature.

First, the stats increase from the first merge will be larger than before: 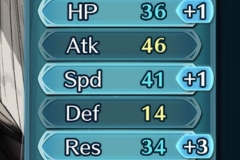 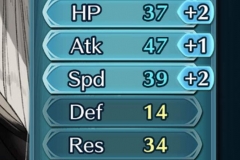 Don’t worry if you’ve already merged Heroes: they will get a stats boost when Ver. 3.2.0 is released, as if they had been merged after the update had been released.

The second change is directly tied to the first one: a Hero’s Asset and Flaw will be displayed on the status screen, though only if you activate the Asset/Flaw Color Display option in the Settings. Asset stats are shown in Blue (just like those that have been boosted by skill effects during battle), and Flaw stats are show in red (just like those that have been decreased by skill effects druing battle).

Finally, stat numbers that were previously displayed in green will no longer appear as green from Ver. 3.2.0 onwards. 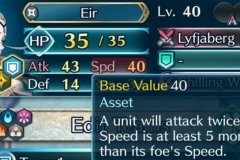 In the Summon Menu, a new button can be found: About Heroes. Tapping it allows you to view Sharena’s Hero introductions, complete with extremely high quality art. More character introductions will be added as new Heroes are released, however, keep in mind that not all Heroes currently available have one.

Three big changes are coming to Aether Raids with Ver. 3.2.0:

Those changes will go live with the new Aether Raids and Arena Seasons starting on February 7th. That means the current seasons run a few extra days! All subsequent seasons will start on Tuesday, back to the regular schedule. 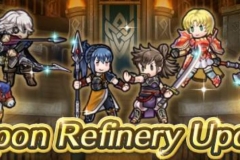 New character-specific weapon learnable at 5 ★ will be added:

As usual, those can be upgraded in the Weapon Refinery once they have been obtained.

Also, you will be able to upgrade the following using Arena Medals and Divine Dew:

Two more Heroes will be added to Heroic Grails:

Finally, two more changes will be part of this Ver. 3.2.0 update:

That’s it for the next Software update for Fire Emblem Heroes! But wait, there’s still more…

The next Software update for the game, to be released in March, will increase the number of skills an ally can transfer to another ally via Inherit Skill, from 3 to 4.