Earlier today, Nintendo released a brand new update for Fire Emblem Heroes. It brings the game to Ver. 1.7.0, with several significant additions and changes: you can find the official patchnotes on this page!

The main new feature of this update is one that fans of the Fire Emblem series probably saw coming a miles away: Ally Support. Basically, it allows you to deepen the bonds between Heroes. You can set up pairs of Heroes in the Advanced Growth menu, and when you deploy them into a battle with Level 35+ enemies, you can improve their rank from C to S. 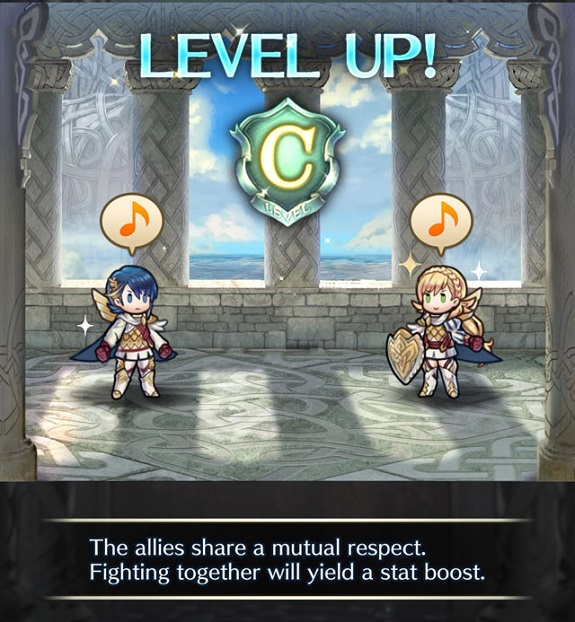 As shown in the picture above, Heroes who share a bond get a stat boost when they fight together… in other words, when they’re near each other. As you would expect, the stat boost is stronger if the two units are in the adjacent space. Also, the higher the Support Rank, the more stats get a boost.

Naturally, you’re free to set up Ally Support the way you want: you don’t have to honor the relationships between Heroes throughout the series. In fact, you could even have two mortal enemies become the best of friends!

There’s a few restrictions to keep in mind about Ally Support. First of all, you’re free to change the pairings at will, but keep in mind that the Support Rank will be reset to C if you ever switch one of the Heroes to another pairing. Also, each Hero can only have one active support pairing at a given time, though of course there’s no restrictions when it comes to the number of Ally Support pairs you can create.

Finally, you cannot have separate support pairings for multiple identical versions of a Hero.

But that’s not all: the developers also added Summoner Support, which also gives a stat boost… but only to one Hero. Choose wisely! Other than that, it works just like Ally Support: to build the Support Rank from C to S, you need to deploy the Hero on a battlefield with Level 35+ enemies. Depending on the Support Rank, the number of stats to get a boost changes:

Once again, there are restrictions to take into account. First of all, you’re free to change the pairing at will, but keep in mind that the Support Rank will be reset to C if you ever switch that Hero. Also, if you have multiple instances of a Hero, then they will be treated as different Heroes for Summoner Support.

Next, we have a feature that players using Inherit Skill a lot will love… a Search Function! It allows you to search for Heroes with specific skills. Here’s how it works: 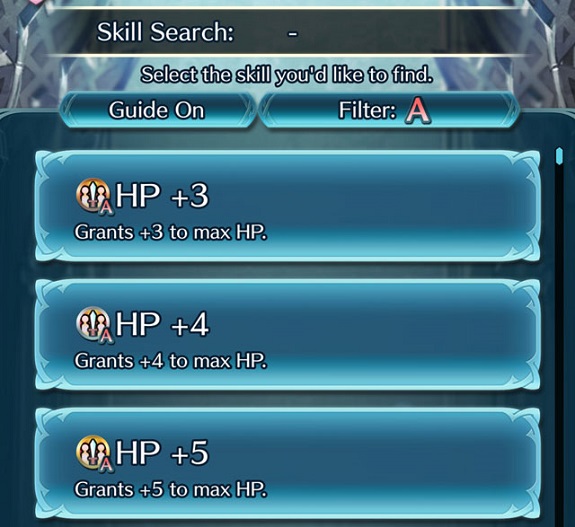 Finally, here’s various changes that also made it to Ver. 1.7.0 of Fire Emblem Heroes: