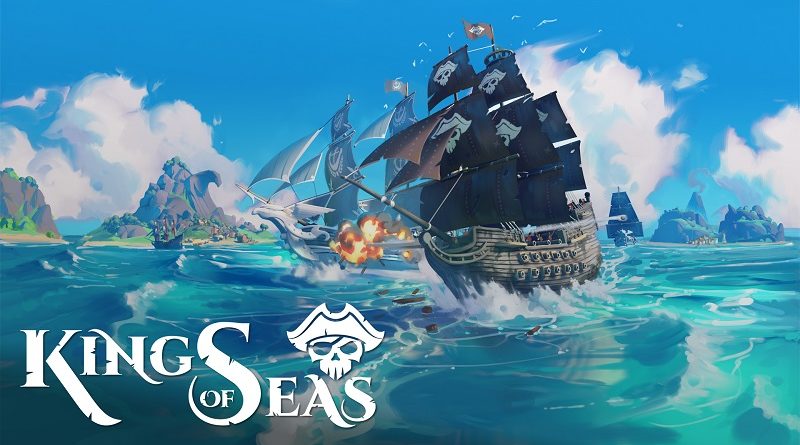 Here’s a gameplay trailer for King of Seas, along with some more details, the list of key features, and some screenshots:

Set in a stunning procedurally generated game world, King of Seas transports you into an environment where you can choose your own path, explore new islands, interact with intriguing characters and go head to head with some of the most feared pirates in history in ferocious sea battles.

What sets King of Seas apart from other games in the genre is that each time you start a new campaign, the game engine will generate a whole new game world for you to explore. Each playthrough is a new and exciting adventure when you set off from shore. The dynamic world will also react to your every action, constantly adapting and throwing new challenges your way. Naval routes will change with each conquered settlement, the difficulty will adapt as you progress through your quests, and changes in weather will play a big part in your navigation and combat strategy.

Your Pirate ship is more than just a vehicle, it’s a home. You will be able to acquire and own five different classes of ship: the sloop, brig, flute, frigate and galleon, each offering plenty of customisation options to ‘deck’ out your vessel. With over 900 items available to collect and use, you can truly create a battle-ready vessel to be proud.

Naval battles are at the core of the King of Seas gameplay and learning how to navigate your way through the combat will be key to your success. The movement and handling of your ships will change according to wind direction, the ship class and the talent points acquired through levelling the gear equipped. In addition to the core battle mechanics, there are exciting unique abilities you can discover on your adventure that really mix up the action, such as flamethrowers, ethereal navigation or voodoo rituals!

Each battle won will raise the bounty on your head and you can even face off against some of the most feared pirates in history. The difficulty level adds a multiplier to the bounty you achieve in the game – so see how far you can take it in hardcore mode! 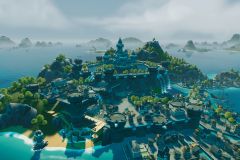 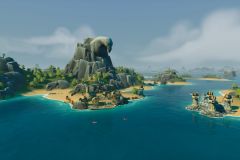 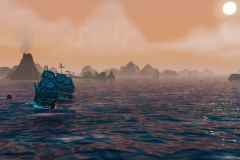 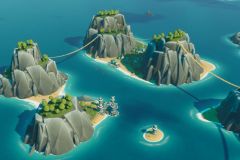 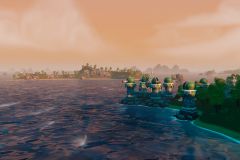 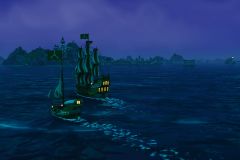 King of Seas (Switch – eShop) does not have a release date yet.

Ratalaika Games have announced their latest game for the Nintendo Switch: Jet Set Knights, an action platformer developed by FobTi Interactive. It will be released on September 24th in Japan, and September 25th in Europe and North America. It will cost 9.99€ / £9.99 / $9.99 / 1 000 Yen.

When the king is not at home, bad things can happen… The kingdom is under siege, and Princess Kitty is now in grave danger! Pick from one of four unique knights and vanquish the evil forces back to the underworld!

The king has gone away for a while, making the kingdom ripe for attack by the forces from the dark underworld. Princess Kitty and her subjects are now in danger! Can you save the day!? Control one of the four brave knights, face hundreds of evil creatures and protect the princess at all costs!

Jet Set Knights is an old-school arcade action platformer inspired by classics from the golden age! Experience a new take on the classic with unique tower defense and RPG elements! 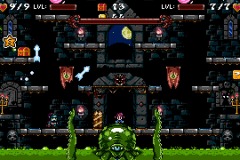 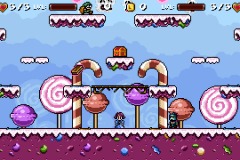 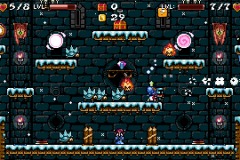 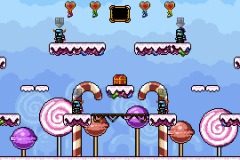 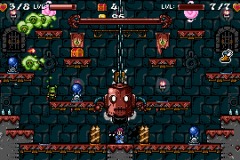 Jet Set Knights (Switch – eShop) comes out on September 24th in Japan, and September 25th in Europe and North America.

The Kickstarter campaign for Lonesome Village is going pretty well: the game was fully funded in less than 24h, with $39 903 pledged as of writing ($19 939 was the base goal). Several Stretchgoals have already been reached:

Lonesome Village (Switch – eShop) does not have a release date yet.

Ultimate Games have shared some more details and the list of key features for Animal Rescue:

In Animal Rescue, the player will play the role of a field veterinarian and rescuer who reacts to emergencies in different parts of the world and sets off to rescue defenceless animals. Ultimate Games S.A. announced that in terms of gameplay, the title will combine elements of adventure, simulation and survival games.

Animal Rescue will offer a wide array of characteristic locations from all around the world. As part of their rescue and veterinary activities, players will visit, among others, a tropical island, Canadian forests, the savanna/desert and regions almost permanently covered with snow.

As Rafał Jelonek explains, each location will feature different threats – for example, while in the desert, we may experience a sandstorm, and while on the tropical island, we may face the threat of a volcanic eruption or a hurricane. The missions and the species of animals waiting to be rescued will also be very diverse (and will include cats, dogs, horses, cows, raccoons and monkeys).

Animal Rescue (Switch – eShop) does not have a release date yet.