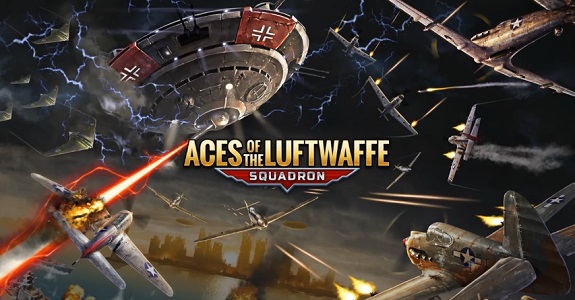 Here’s the latest trailer and some more screenshots for it:

And if you’ve never heard of the game before, here’s some details:

The player follows Nairi, a young girl from the rich district of Shirin. A sudden incident forces her to abandon her rich, sheltered life, and she eventually ends up in the seedy lower district of the city ruled by gangs. Nairi meets a former gang member called Rex, who joins her throughout their adventure as they uncover a dark mystery involving the mysterious Tower of the oasis city of Shirin.

Nairi: Tower of Shirin (Switch – eShop) comes out on November 29th worldwide. The Upcoming Games page has been updated!

Today, Blowfish Studios announced that Storm Boy: The Game will be released on November 20th. Here’s the latest trailer, along with some more details and screenshots:

Based on Colin Thiele’s beloved 1964 children’s book, Storm Boy: The Game is an interactive telling that allows players to experience this classic story in a new medium, taking control of the eponymous protagonist and his amiable pelican companion, Mr. Percival, as the pair explores the lush natural beauty of the Coorong lagoon and South Australia’s majestic coastline.

Developed by Blowfish Studios, this adaptation recreates key moments from the tale while also introducing a variety of entertaining and relaxing mini-games to relish. These activities include sailing, bird feeding, sand surfing, cockle hunting, playing fetch, drawing, and more.

Storm Boy: The Game (Switch – eShop) comes out on November 20th in Europe and North America. The Upcoming Games page has been updated!

Starting today, World of Final Fantasy Maxima is available for pre-purchase in the Nintendo eShop in Japan. The game costs 6 264 Yen, requires 10.1GB of free space, and does offer an English (+ various other languages) option… no surprise, since the game will be available on the same day in Europe and North America!

Here’s the latest set of screenshot for it:

Today, it was announced that Fortnite is getting a retail release in Japan on December 13th, via the same bundle announced for Europe and North America earlier this month: the Fortnite Deep Freeze Bundle. It costs 3 000 Yen, and includes the following:

Fortnite: Deep Freeze Bundle (Switch) comes out on November 23rd in Europe and North America, and December 13th in Japan. The Upcoming Games page has been updated!

Aces of the Luftwaffe – Nebelgeschwader

Today, HandyGames announced that Aces of the Luftwaffe is getting a DLC pack on November 13th. It’s called “Nebelgeschwader”, and it includes a ton of content… as much as the base game, in fact: 25 new levels, 6 new bosses, 4 pilots, but also local co-op mode for up to 4 players.

Here’s a trailer,some details, and some screenshots:

AOTLS-N is an action-packed DLC campaign with a fully voiced narrative. Experience 25 new levels, defeat waves of enemies, take on six brand new epic bosses and upgrade each of the unique characters in your squadron via personal skill trees. But don’t go to war alone! Experience the thrilling storyline with up to three friends in an epic 4-player local co-op battle.

Aces of the Luftwaffe – Nebelgeschwader (Switch – eShop) comes out on November 13th. The Upcoming Games page has been updated!

Today, Toge Productions confirmed that Rolling Glory Jam’s Rage In Peace will be released on November 8th. Here’s some more details about it:

Armed only with memorization skills and quick wits, players embody the protagonist Timmy to battle death and fate so that he can die in peace.

Rage in Peace follows the exploits of Timmy Malinu, an emotionally numb 27 year old actuary whose greatest desire is to die in the most peaceful way possible: asleep in his pajamas, in the comfort of his own home, with no drama. When the Grim Reaper shows up to inform Timmy that he will die that night of decapitation, our hero’s only concern is that he goes out without even a whimper. Unfortunately, the universe isn’t so kind to Timmy and insists on spoiling his perfect death with all manner of ignoble hazards. Help Timmy get home safely, so he can finally live the death of his dreams!

Loosely inspired by Paulo Coelho de Souza stories, Rage in Peace wants to give meaning to death in a “rage game” where players meet their maker every few seconds. Despite its preoccupation with shedding one’s mortal coil, Rage in Peace is an upbeat, comical game with warm humor and bright colors brought to life by more than 10 independent Indonesian bands, as both Toge and Rolling Glory Jam showcase the best of Indonesian entertainment culture.

Rage In Peace (Switch – eShop) comes out on November 8th in Europe and North America. The Upcoming Games page has been updated!

Here’s some more screenshots for The Unlikely Legend of Rusty Pup:

Here’s two more screenshots for This Is Pool:

This Is Pool (Switch – eShop) comes out in early 2019 in Europe and North America.