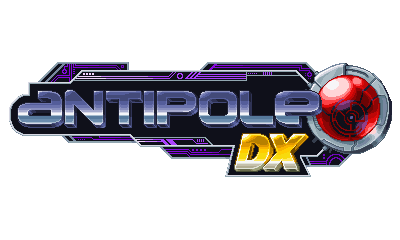 It’s been a while since we last heard about Antipole DX, and it turns out there’s some good and bad news about it:

Unfortunately, the developer (Ed from Saturnine Games) isn’t quite sure when the timing will work out for him to go back to working, which is a bit of a shame given the game is almost finished. But no need to worry: the game will still release on both Wii U and Nintendo 3DS, as originally planned.

In the comments, Ed from Saturnine Games reveals he’s also working on another port for the Wii U and Nintendo 3DS, which hasn’t been announced yet (along with the Japanese version of Paranautical Activity). And to the surprise of absolutely no one, he confirms he doesn’t know anything about the NX, so you can put that NX speculation hat back in the drawer!

Today, Circle Ent. confirmed that before Mercenaries Saga 3 comes out, they would be bringing Mercenaries Saga 2 to Germany, Australia, and New Zealand (it wasn’t released before due to how expensive getting games rated in Australia/New Zealand was before the IRC). It looks like Adventure Bar Story is also coming!

Gravity+ is puzzle game coming soon to the Wii U. Here’s a trailer and the official description:

Gravity+ is a Wii U exclusive Puzzle game. The goal is simple: Grab the Key and reach the Exit. On your way you’ll encounter hazards and obstacles. The twist is your ability to change gravity at any given moment. Which makes things much easier – or harder, depending on what cruel layout the level designer chose.