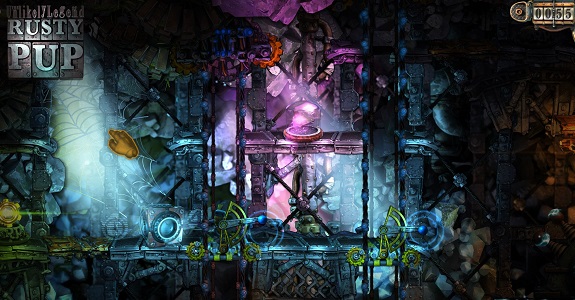 Yesterday, Circle Ent. announced yet another game for the Nintendo Switch: Alchemic Cutie, a relaxing adventure RPG. It will be released next year on Nintendo Switch.

It is a relaxing adventure RPG set on colorful Wimba Island; while taming wild jellies you’ll meet villagers, enter jelly competitions and uncover the secrets of the island. Each jelly has uniquely generated stats and traits, while there are over 4000 visual styles. You can tame, breed, and raise the perfect jelly companions, competing in heated jelly competitions for the top prize. And to really boost your jelly’s abilities, use alchemy to create special items with powerful effects or morph items into something rare. All the while exploring, completing quests and mingling with the island’s goofy, fun and quirky inhabitants to form lasting friendships and rivalries.

Alchemic Cutie (Switch – eShop) comes out next year in Europe and North America. The Upcoming Games page has been updated!

Earlier this week, Choice Provisions revaled their new game following Runner 3, and believe it or not, it’s none other than… a Bubsy game. Yes, THAT Bubsy. Bubsy: Paws on Fire! is an auto-runner featuring 4 playable characters, eahc with their own unique moveset. It will be released in Q1 2019.

Here’s a trailer, a list of key features, and some screenshots:

Bubsy: Paws on Fire! (Switch – eShop) comes out in Q1 2019 in Europe and North America. The Upcoming Games page has been updated!

SEGA Ages Phantasy Star (Switch – eShop) does not have a release date in Europe and North America yet.

The latest DevBlog for Decay of Logos reveals that the game has finally been sent to external QA: it’s a major milestone, that will help improve the final quality of the game.

"Would you tell me, please, which way I ought to go from here?" – Alice
The Unlikely Legend of Rusty Pup – Available on Steamhttps://t.co/wycDPdiswJ#indiegames #Steam pic.twitter.com/RxUyN8HT6S