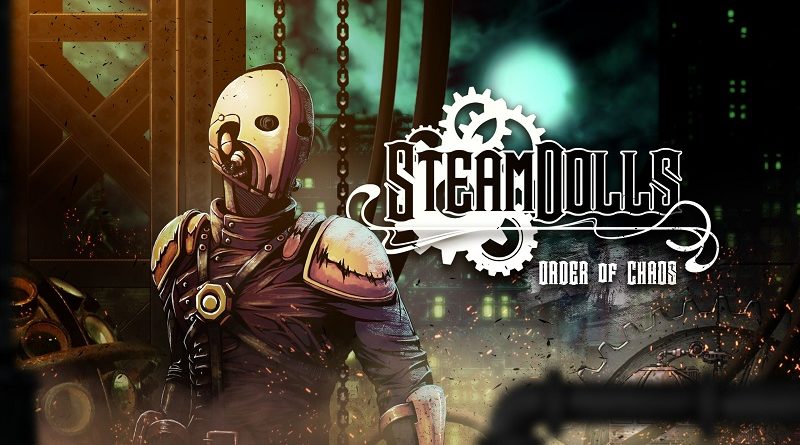 Team17 have announced their latest game for the Nintendo Switch: Rogue Heroes: Ruins of Tasos, a four-player adventure roguelite developed by Heliocentric Studios. It will be released this Summer in Europe and North America.

Rogue Heroes: Ruins of Tasos will see players tackle enemy and puzzle-strewn, procedurally-generated dungeons and explore the expansive overworld of Tasos in a bid to save its people from the Titans. Away from the multi-level dungeons players can spend their well-earned spoils on new weapons and abilities, rebuilding the village of Intori, or can venture out and uncover the many secrets hidden throughout the land.

Rogue Heroes: Ruins of Tasos (Switch – eShop) comes out this Summer in Europe and North America. The Upcoming Games page has been updated!

Big Blue Bubble have announced a game for the Nintendo Switch: Foregone, a 2D action-platformer. It will be released on October 5th in Europe and North America.

Foregone has players take on the role of the city of Calagan’s strongest Arbiter, tasked with investigating the sudden resurgence of an all-corrupting force known as the Harrow. The Arbiter will destroy legions of enemies, battle formidable bosses, and collect a wide array of upgradeable loot as she embarks on a twisted journey to unravel the haunting truth behind the Harrow. The intense, combat-focused title features fluid pixel artwork, combining old-school visual influences with modern 3D animation technology.

Foregone is a fast and fluid 2D action-platformer packed with legendary loot and stunning pixel art. Collect an arsenal of powerful weapons and upgradeable skills, then use them to shoot and slash your way through hand-crafted pixel environments hiding a treasure trove of secrets. Unravel a compelling story of regret and conspiracy as you slice your way through hordes of enemies and carry out your mission to save Calagan from total annihilation.

Foregone (Switch – eShop) comes out on October 5th in Europe and North America. The Upcoming Games page has been updated!

The Shady Gentlemen have announced a game for the Nintendo Switch, called SteamDolls: Order of Chaos. It’s described as a “steampunk inspired metroidvania game with a grimy touch  of brutality”, and its Kickstarter campaign will go live later in June. Release is planned for 2021.

Here’s a trailer, some details, the list of key features and some screenshots for the game:

In the mist of time, society is eaten by industry, and its citizens  oppressed by an authoritarian and omniscient cult. The Whisper (David Hayter), a  violent anarchist, dreams about a revolution that will destroy  the order of things. He devotes himself to expose the dark side of those  in power and bring awareness to the people. His obsessive quest for the ultimate truth will throw him into a world of betrayal and sorcery  where the only certainty is the imminent end of the world.

SteamDolls is a steampunk inspired metroidvania game with a grimy touch  of brutality. Blast your way to your objective or stick to the shadows  and perform violent assassinations on unsuspecting guards as you  struggle with the haunting apparitions of a mesmerizing witch trying to  reveal the truth about a conspiracy that could shake the very foundation  of the world.

ACTION EXPLORATION STEALTH AND BLOOD. Inspired by games like Castlevania and Hollow knight. Nourished by the fury of Dead Cells and the gloom of Bloodborne. Lose yourself in a labyrinthine city, full of secrets and madness.

“When fossil fuels were depleted, it was time for a change. But it never came. The discovery of a new superconductive material made sure the cycle never broke.” This is the way their world ends, not with a bang but a whisper. Society crumbled over time, falling into a state of disarray. Innovation became stagnation. Progression to regression. Not future, nor past. An industrial era haunted by the ghost of what came before. Mankind, their mentality ever worsening as idle habits fed into the City. Unified and tortuous it swallowed what remained of their humanity. Stealing away their free will, their determination. Crushing their souls until nothing remained. Madness.

Desperate for an alternative way to regain the glory of Old, Scientists searched for a remedy. Until they found something. Something that should have been left alone. Mindless citizens, the needed catalyst. Transforming them. Adapting their flesh. Mere dolls. Cruel monsters. Discover the truth of these broken lives in the lore of Steamdolls : Order of Chaos.

In Steamdolls, you assume the role of a cunning thief and anarchist  known as “The Whisper” and make your way through heavily secured  environments. (Voiced by Mr. David Hayter). Here is the flamboyant cast you will encounter during the game.  A goddess of Nature. A rich immortal who wants to die. A female gunslinger with deadly aim.

From the standard hired henchman who will be easily dispatched to the dangerous and disgusting mutated monster by a bio-mechanical virus, you have all kind of adversaries and deformed Bosses in Steamdolls. 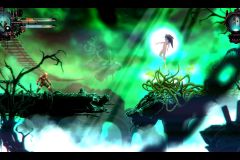 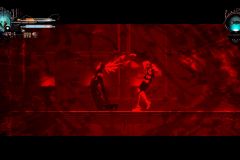 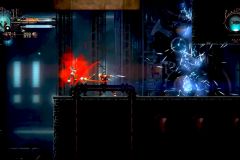 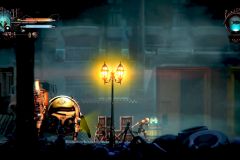 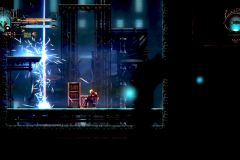 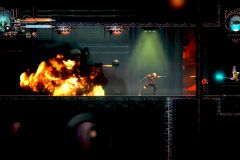 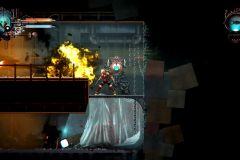 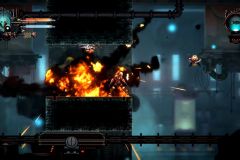 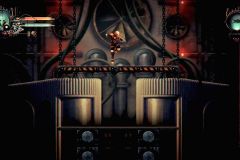 SteamDolls: Order of Chaos (Switch – eShop) comes out in 2021 in Europe and North America. The Upcoming Games page has been updated!