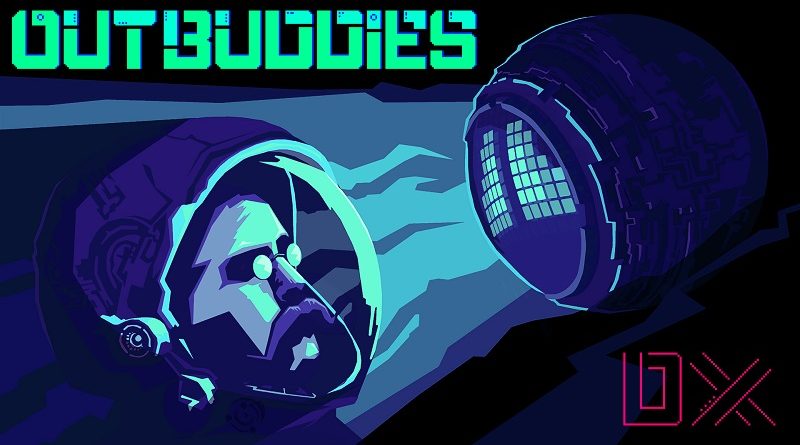 1C Entertainment have announced that Wrath: Aeon of Ruin will be released on February 25th in Europe and North America.

Here’s the latest video for the game, along with some more screenshots: 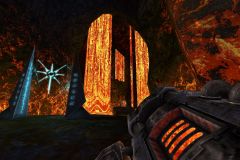 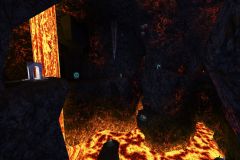 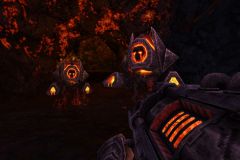 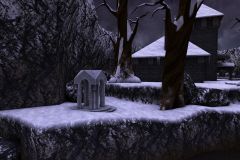 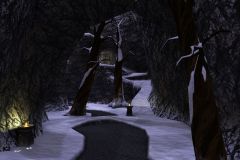 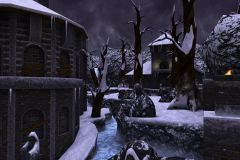 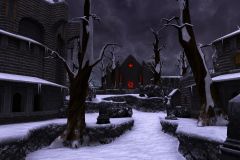 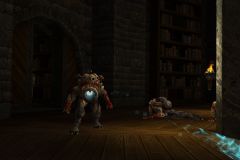 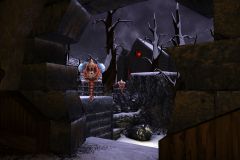 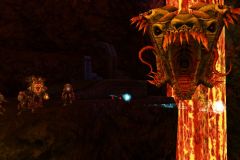 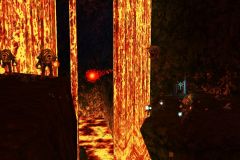 Wrath: Aeon of Ruin (Switch – eShop) comes out on February 25th in Europe and North America. The Upcoming Games page has been updated!

Pathea Games have shared another trailer for Ever Forward, along with some details, the list of key features, and some screenshots:l

In Ever Forward players impersonate Maya; a twelve-year-old girl lost on the edge of dreams and reality. As they unveil the mysteries of her subconscious, the players will unlock her memories step-by-step and progressively face her fears and sorrows. By facing challenging puzzles and exploring breathtaking environments, they will slowly reveal the secrets buried in Maya’s heart.

Maya’s journey of self-discovery will see her explore idyllic, pastel-colored fields, charming seaside coasts, and futuristic neon environments where stealth and careful observation are key. Fans will be able to complete puzzles in a variety of different ways thanks to mechanics that include teleportation, gravity manipulation, and more. This world between fiction and reality will open up as players collect memory fragments, unearth new puzzles, and shed light on the dark secrets hidden within Maya’s consciousness. 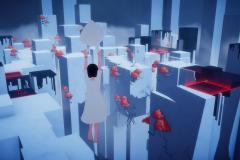 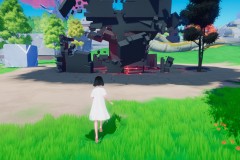 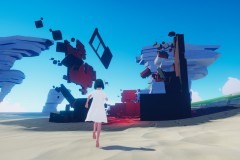 Ever Forward (Switch – eShop) does not have a release date yet.

Headup Games have shared some details and the list of key features for Outbuddies DX:

Set deep in the Ocean and infested with hostile Lovecraftian creatures and lethal environmental hazards, players must dash, dodge, and blast through Bahlam, a danger-filled sunken fortress of the Old Gods. By deploying the Buddy unit to manipulate and scout the surroundings through hacking, scanning and telekinesis, the players will discover ancient weapon systems and gear upgrades to battle through a gigantic sunken labyrinth. Outbuddies DX’ local co-op mode allows a second player to control Buddy with an expanded tool set.

Outbuddies DX offers a nonlinear gear-based progression system for both combat and level-layouts. Selecting weapons from the four-tier upgradeable system, as well as split-second reflexes and memorization of attack patterns are essential for players to stand a chance against an onslaught of unforgiving bosses and to escape Bahlam’s hostile maze. Outbuddies‘ praised atmosphere is supported by OGRE’s thematic soundtrack written as an ode to the 16-bit Megadrive/Genesis era.

Enter Bahlam, a sunken city of the Old Gods, located deep in the South Atlantic Ocean. In the wake of a shipwreck, adventurer and maritime archaeologist Nikolay Bernstein regains consciousness 36,000 feet under the sea. He is severely wounded and unwillingly connected to a supernatural Buddy-unit. Searching for answers about his displacement, Nikolay digs deep into the lost undercity, gradually realizing an ominous presence lurking in its shadowed caverns.

Outbuddies DX (Switch – eShop) does not have a release date yet.

Daedalic Entertainment have announced that Edna & Harvey: The Breakout – Anniversary Edition will be released on June 17th in Europe and North America.

Edna & Harvey: The Breakout – Anniversary Edition promises another crazy adventure, in which protagonist Edna plots her escape from a mental institution with the help of her sage advisor, a plush bunny called Harvey. The route out of incarceration is littered with devious puzzles, a liberal smattering of pop culture references and some truly fun times.

At the original launch in 2008 the adventure received wide acclaim and several awards. The quirkiest of cult adventures set new standards within the genre and is set to captivate a whole new generation of console gamers with its new edition. Existing fans and current adventure gamers will be able to enjoy a classic point-and-click adventure in an all-new guise.

For the anniversary edition, the iconic graphics have been redrawn from scratch and converted to HD without distorting the distinctive art style of the original and its successful sequel “Harvey’s New Eyes”. In addition, improvements to the interface and a control system adapted to consoles were implemented.

Edna & Harvey: The Breakout – Anniversary Edition (Switch – eShop) comes out on June 17th in Europe and North America. The Upcoming Games page has been updated!

In development for over two years, Those Who Remain from Camel 101 presents a unique atmospheric psychological thriller experience. The game offers a suspenseful sensation throughout the story about the mysterious town of Dormont. Players can keep the darkness at bay and experience an immersive branching narrative with weighted choices and consequences and multiple endings.

The Kickstarter campaign for Bake ‘n Switch is not quite over (9 days left), but the base goal has finally been reached: $30 000 have already been pledged. There are now various Stretchgoals to reach for: