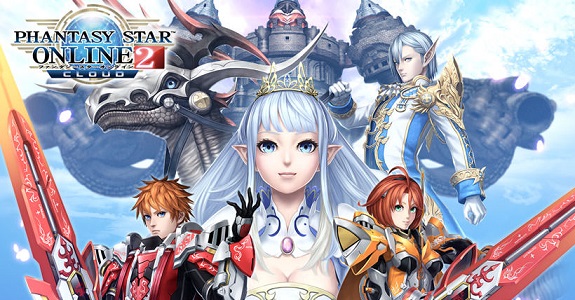 Earlier this week, Team17 and Adrian Lazar announced that Planet Alpha was headed to the Nintendo Switch, later this year. Here’s all you need to know about the game:

You awake on a strange alien world that is home to many mysterious, exotic flora and fauna. As you explore the world around you, you’ll uncover the ability to rotate and control the planet. Is this world really as tranquil and serene as it first appears and what more will you discover?

Planet Alpha (Switch – eShop) comes out later this year. The Upcoming Games page has been updated!

Last week, it was announced that the popular GameMaker Studio 2 engine would offer an option to export directly to the Nintendo Switch starting this Summer, which is going to make it much easier for indies to port their games to the console.

And some developers/publishers haven’t waited long before announcing their own games for the Nintendo Switch. Abylight Studios and Locomalito announced that both Cursed Castilla and Super Hydorah would be released on Nintendo Switch “as soon as possible”. Further details about them (including the price) will be shared at a later date.

Cursed Castilla and Super Hydorah (Switch – eShop) comes out later this year in Europe and North America. The Upcoming Games page has been updated!

During last week’s Nintendo Direct presentation, it was announced that Phantasy Star Online 2 Cloud would feature an exclusive The Legend of Zelda: Breath of the Wild collaboration, with special outfit and weapon. Also, the game will be launched on April 4th!

Here’s the segment from the Nintendo Direct:

Yesterday, HomeBearStudio announced that Nairi: Tower of Shirin (their very first game) was headed to the Nintendo Switch. Here’s all you need to know about it:

NAIRI: Tower of Shirin is a special fusion of point and click adventure puzzle game with stunning graphics and a cast that gives it its own unique quality ideally suited to the Nintendo Switch. The game is full of adorable visuals and characters, within a troubled world that is sure to delight anyone looking for a strong narrative and puzzle experience. The player follows Nairi, a troubled upper class girl, and Rex, a gangster-turned-scholar, as they uncover a dark mystery involving the mysterious Tower of the oasis city of Shirin.

Nairi is a young woman from the rich district of Shirin, the oasis city where the game takes place. When a sudden incident forces her to abandon her rich, sheltered life, she ends up in the seedy lower district of the city ruled by gangs.

Nairi: Tower of Shirin (Switch – eShop) does not have a release date yet. The Upcoming Games page has been updated!

Earlier this week, Ratalaika Games announced Devious Dungeon for the Nintendo Switch. Here’s all you need to know about it:

Under orders by the King, you will assume the control of a Knight instructed to head into the catacombs beneath the Kingdom, to slay the fowl beasts and monstrosities that have invaded the murky depths.
You must venture deep within the dungeons eliminating the threat!
Slay monsters, collect loot, level up and upgrade your gear.

Only a true champion will be victorious!

Devious Dungeon (Switch – eShop) does not have a release date yet. The Upcoming Games page has been updated!

Water Falls High School, of course, is a perfectly normal multidimensional high school. Its classrooms literally whisk students away to alternate worlds coinciding with their subjects, where kids can do anything from arguing the value of capitalism with Joseph Stalin in History to offering a fist bump to Oedipus in Literature. You know, just like every other school.

What’s not normal are the missing students, the locked down classrooms, and the shadowy principal that no one has actually seen. Not to mention something about a secret that nearly destroyed the world 40 years ago.

Enter Daryl Whitelaw, the poorly-postured mouth-breather who just wants to make friends that has found himself the unlikely hero of this story. With the aid of a self-help book, Daryl can attain more than 45 powers, from thrashing enemies with an axe three times his weight to cleaning their faces up with a mop. Abilities can be customized and upgraded, making for endless playstyles and combinations.

While he’s got combat covered, Daryl’s going to need some help making friends. Luckily, he can complete side quests to increase his social rank, gain new passive abilities, and be less of a hopeless mess. Daryl can piece together some sweet gear to beef himself up, but at the end of the day he’s still rocking his snazzy headband and mullet.

Fashion icon he’s not, but it’s up to Daryl to find out what’s happening at Water Falls High School and what connection it has to that mysterious something or another that happened four decades ago. You know, the one that almost destroyed the world. Yeah, that one.

Super Daryl Deluxe (Switch – eShop) comes out on April 10th in Europe and North America. The Upcoming Games page has been updated!