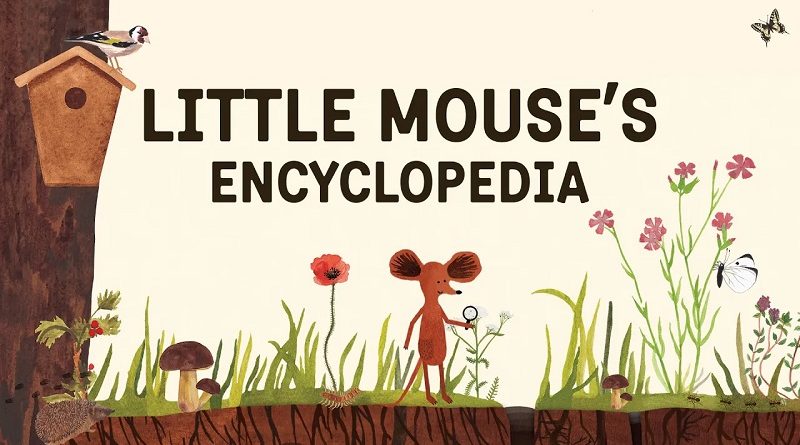 Freedom Games have announced their latest game for the Nintendo Switch: Godstrike, a boss rush bullet-hell shooter developed by OverPowered Games. It will be released on April 15th in Europe and North America for $14.99 with a 20% off launch discount. It will be playable in the following languages: English, French, Italian, German, Spanish, Portuguese, Russian, Simplified Chinese, Korean, and Japanese.

Here’s some footage, some details, and some screenshots for the game:

Centuries after a divine power divided itself between seven mysterious masks, chaos reigns. Now inhabiting vessels called Heralds, these seven entities spend eternity fighting each other as the world decays around them. That is, all but one. Talaal, the forgotten seventh mask, and its new Herald Yissia stand alone. Only together can they stop their siblings’ apocalyptic war.

Don the mask of Talaal and duel against devilish monstrosities in multi-stage boss battles with breakneck speed. Go in guns blazing, weaving through oncoming fire, and unleashing a torrent of heavenly abilities to overcome adversaries as quickly as possible. Time is of the essence, because in Godstrike as the seconds count down, so too does our hero’s health bar.

Time is both life and a currency. Talaal and Yissia lose valuable seconds needed to complete their mission for every hit they take. So the pair must make calculated moves before each showdown, shuffling between an ever-expanding stockpile of skills to help defend against their foes’ strengths while taking advantage of weaknesses.

Every second counts in the fight against the Heralds, but running out of time is never the end. Progress through the Campaign Mode, unlocking and setting skills with each Herald defeated while Talaal’s tale unfolds. Experiment with more than 20 skills like Spark, a flashy move making the seventh mask impervious to harm while inflicting damage of its own upon contact. Mix and match powers, experimenting with synergies and strategies, on the road to victory.

Utilize every ability in the arsenal in Arcade Mode or dare to take on the celestial beasts in Challenge mode with randomized boss orders and mysterious blessings bestowed after each fight. Strive to become the champion in Daily Challenge runs, devious randomized crusades that shift and change every 24 hours. For those feeling social, built-in Twitch features allow livestream viewers to impact the action, deciding battles’ status effects by popular vote. 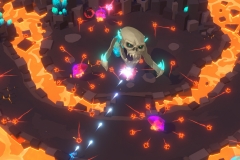 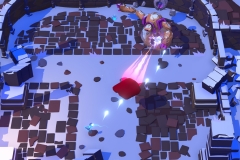 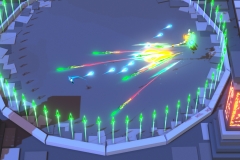 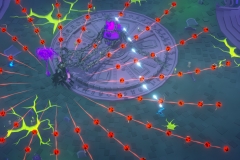 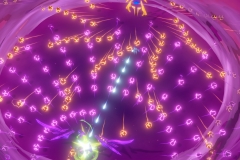 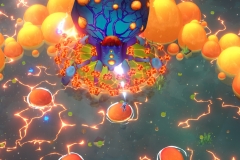 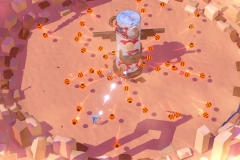 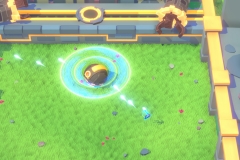 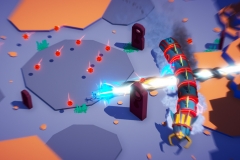 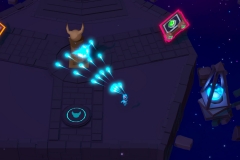 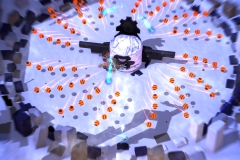 Godstrike (Switch – eShop) comes out on April 15th in Europe and North America.

Here’s some footage for Fire Tonight, along with some more details:

Inspired by the song Fire Tonight from the synth-pop band Information Society’s 1990 album Hack, the game follows a couple’s journey to reconnect in a burning city.

Meet Maya and Devin, Fire Tonight’s dual protagonists. When an inferno engulfs their metropolis in the early-90s, the young couple must find safety amidst the fearsome flames, overcome their personal hang-ups, and ultimately reunite without the help of modern tools we take for granted like cell phones.

Help Maya avoid the heat! Dodge flames and the fuzz by solving puzzles to move through the city. Can Maya evade the danger all around her and find her way back to Devin?  Calm Devin’s nerves as he paces around his apartment awaiting Maya’s return. Interact with objects in the apartment to learn more about the couple’s past.

Fire Tonight (Switch – eShop) does not have a release date yet.

Here’s some more details, the list of key features, and some screenshots for Little Mouse’s Encyclopedia:

Little Mouse’s Encyclopedia is an edutainment game that lets your kids learn about charming animals and beautiful plants on carefully prepared information sheets. The console version will be released by RedDeerGames. The game is perfect for born explorers. Wandering around the lively boards, you’ll find animals and plants by yourself. Using a magnifying glass, you can reveal cards that contain interesting information and drawings.

The graphic style of Little Mouse’s Encyclopedia was inspired by classic fairy tales and… children’s encyclopedias. This enchanting and original style makes the exploration even more enjoyable, and various animations breathe life into the surroundings.

While playing, listen to pleasant, relaxing music and the sounds of nature, such as birds chirping or frog toad.

With a brave mouse you’ll explore the area around its burrow, walk through the forest, sneak through the garden and swim in the pond. In each of these places, unique species of animals and plants await you.

SO MUCH TO DISCOVER!

During your wandering you’ll come across over 160 unique species, about which you can learn something interesting.

AVAILABLE IN MANY LANGUAGES

Immerse yourself in the extraordinary world of nature with the brave little mouse! 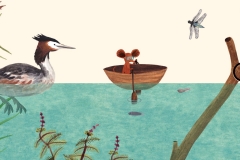 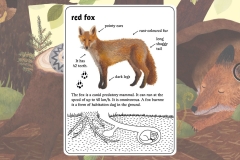 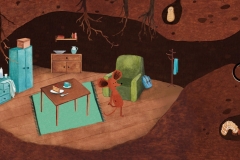 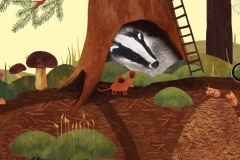 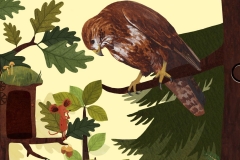 Little Mouse’s Encyclopedia (Switch – eShop) does not have a release date yet.

Drive Buy (Switch – eShop) does not have a release date yet.