Flyhigh Works have confirmed that Witch and Hero will also be released on March 21st in Europe and North America, just like in Japan. It will cost 4.99€ / $4.99.

Witch & Hero is an 8-bit style action game that can be played by anyone!

You play as a Hero accompanied by a Witch; you are seeking revenge, and justice, over the evil Medusa. Medusa turned the witch into stone, so she is no longer able to move; it’s up to the Hero to defeat the monsters and collect their blood in order to recover the Witch for a limited period of time.

This game includes plenty of challenging stages / arenas in which you use ‘bump’ combat to take on waves of colourful foes. The Hero leads the fight but can revive the Witch to unleash her destructive powers; as the waves of enemies become stronger they will need to work together! In this Nintendo Switch version you also have the option of co-operative play to take on the challenge with a friend.

Witch & Hero has been enhanced for the Nintendo Switch and HD displays, while retaining its original 8-bit pixel graphics and sound.

Witch and Hero (Switch – eShop) comes out on March 21st worldwide. The Upcoming Games page has been updated!

Digerati have announced yet another game for the Nintendo Switch: Golem Gates, an action-strategy card-game hybrid develoepd by Laser Guided Games.

Developed by Laser Guided Games, Golem Gates is a post-apocalyptic sci-fi blend of action-strategy and card battler, pitting your conjured armies against otherworldly forces. An ancient threat surges from the Golem Gates, and only the Harbinger stands guard. Wielding the nanite-infused power of The Ash, you must protect a world ravaged by ancient wars. Choose from 100 cards (known as Glyphs) and unleash diverse units, buildings, buffs, and more in tactical combat across single player, co-op, and online multiplayer.

Randomized drawing and quick unit placement means you’ll have to adapt on the fly as you formulate your strategy. Add more forces to a battle to turn the tide, transform a scouting party into an army, place emergency defenses to respond to the enemy, or hide an outpost in a direction the enemy doesn’t expect. The choices are yours, but beware: the enemy will do the same and with the right Glyph your forces can be destroyed as fast as they were created. 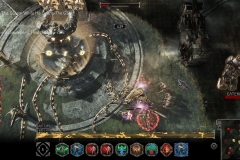 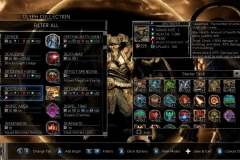 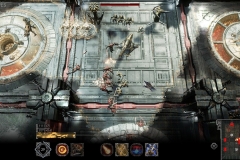 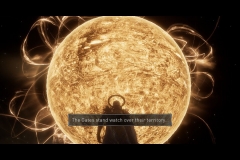 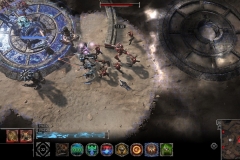 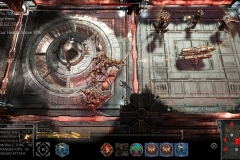 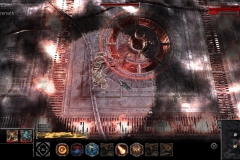 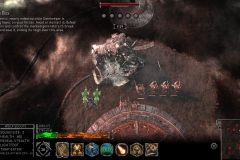 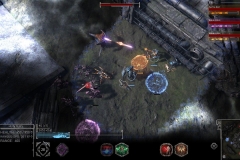 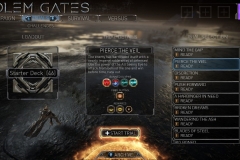 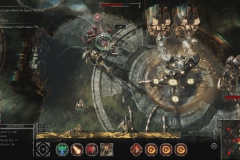 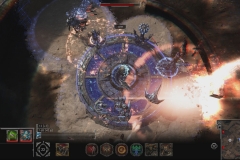 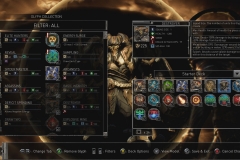 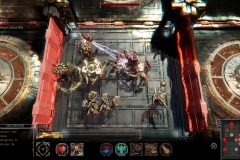 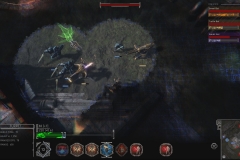 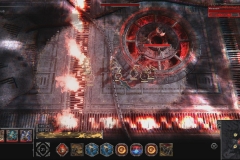 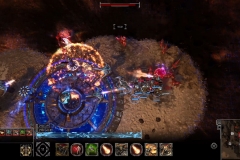 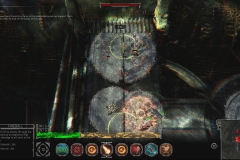 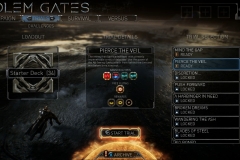 Golem Gates (Switch – eShop) does not have a release date yet. The Upcoming Games page has been updated!

Image & Form have shared a few more details about SteamWorld Quest: Hand of Gilgamech, and more precisely its story. The game is about a band of friends who try to become better people. The story is told through humorous banter, storybook illustrations, and of course cutscenes. It was written by Pelle Cahndlerby, who was in charge of the hat and item descriptions in SteamWorld Heist and SteamWorld Dig 2, and was co-writer of the in-game dialogue.

Here’s the latest picture for the game: 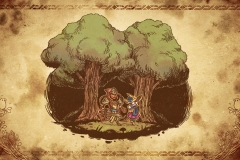