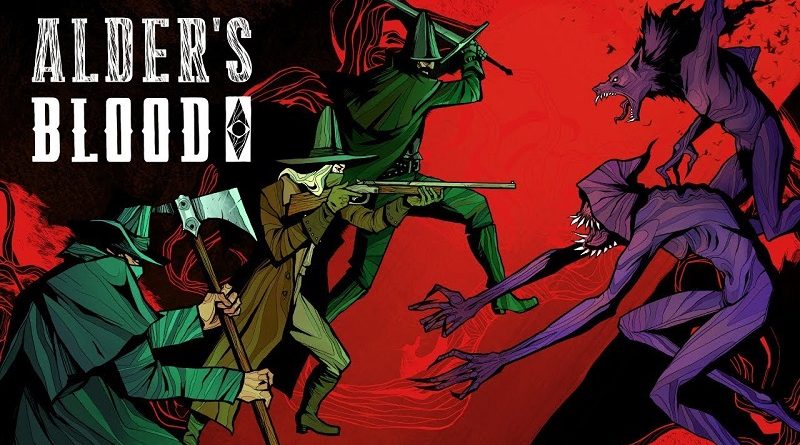 Today’s Nintendo eShop news: Never Give Up announced for the Nintendo Switch, but also…

Massive Monster and Armor Games have announced that Never Give Up, a “brutally hardcore platformer”, will be released on Nintendo Switch on August 13th. Here’s a trailer, some details, and some screenshots:

The next generation of the hit Give Up game series, Never Give Up is a death-defying, twitch-based platformer packed full of vicious traps and hazards designed to turn you into bloody goo — but the only way out is through! Never Give Up is the biggest installment in the franchise yet, with over 150 bite-sized stages of buzzsaws, guided missiles, giant rhino mechs, huge boss battles and more.

Success only ups the challenge: every time you beat a level, another element is layered in to make it even harder. With even a single misstep spelling doom, Never Give Up may make you rage, but with treacherous platforming to master and a “Give Up” button to circumvent failure — even death is a blast.

Never Give Up is made for speedrunners with built-in leaderboards, ghost racing and splits timers for tracking and perfecting your route with each iteration. There are also tons of costumes, collectibles, secrets and humor to discover, made even better with the voice talent of Game Grumps’ Egoraptor (Arin Hanson) and colorful carnage illustrated by Jimp. 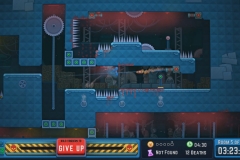 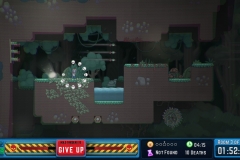 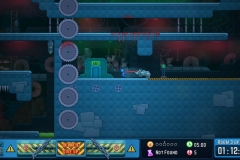 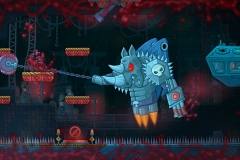 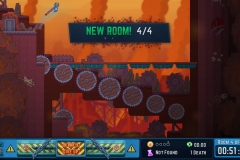 Never Give Up (Switch – eShop) comes out on August 13th in Europe and North America. The Upcoming Games page has been updated!

No Gravity Games have announced that they are bringing Shockwork Games’ Alder’s Blood (a “turn-based, tactical stealth game with a dash of strategy”) to the Nintendo Switch later this year.

Humanity has survived millennia and now finally has to face the End Times. The god of the past no longer protects us, no longer brings us hope or comfort. He has turned his back on us, and the world no longer obeys the Laws of Nature, such as the cycle of day and night and the ever fragile balance between humankind, animals, and plants. What’s left instead is a grim planet, plunged into half-darkness and illuminated by the light of the moon. Nature – exploited, devastated and trifled with for centuries – has finally decided to fight back by throwing hordes of monsters at the humans. This is the corrupted result of the god’s decay. People sought asylum within the walls of congested cities, but what they found there instead was just a waiting room before meeting death. The elite cast – the Hunters – is humanity’s last hope. They have been trained to hunt and kill anything that threatens the people. They’re ready to kill even their god himself if that’s the price that needs to be paid to restore peace. You are the best of your kind. You are a Hunter.

Alder’s Blood is a turn-based, tactical stealth game with a dash of strategy. Gamers take on the role of one of the Hunters – perfectly trained and highly skilled, professional monster slayers. The Hunters carefully plan their attacks, sneaking in the shadows until they can almost feel the nasty breath of the monster they set their sights on, to then strike in no time. Quick, quiet, and deadly, Hunters overcome their enemies with the use of tactics, specialized gear and dark arts. However in a one-on-one encounter even the most experienced and skilled Hunter doesn’t stand a chance when facing a beast. That is why joining forces with other Hunters and valuing tactics higher than muscles is crucial for staying alive. Because, don’t forget, these terrifying monsters can easily detect a Hunter’s presence by their scent. Be sure to monitor wind direction, avoid being noticed, and prepare deadly ambushes. Remember that hunting tools are as important as your weapons, and you should make good use of the sophisticated technology and dark artifacts you have at your disposal. But most of all remember that whatever you do, your resources will be limited, and opportunities rare. So don’t waste any of them.

Alder’s Blood (Switch – eShop) comes out later this year in Europe and North America. The Upcoming Games page has been updated!

Here’s the launch trailer for Devil May Cry, now available in Europe and North America:

Devil May Cry (Switch – eShop) comes out on June 27th in Japan.