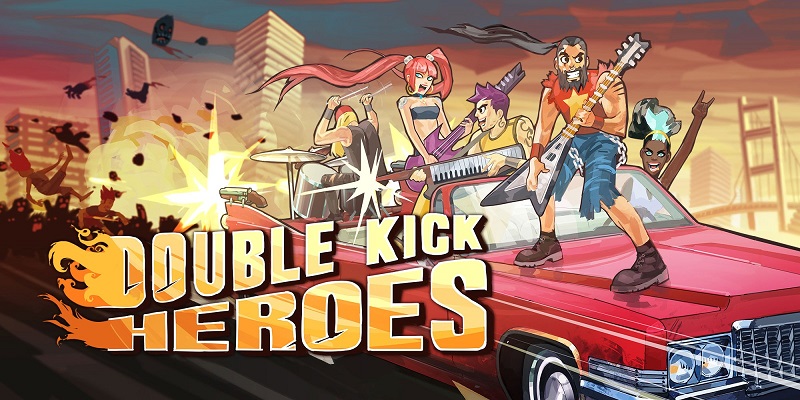 Headbang Club have announced that Double Kick Heroes will be released on August 13th in Europe and North America. Pre-orders will go live on the Nintendo eShop on August 5th. The game will cost 21.99€ / £19.79 / $21.99.

It’s time to jump out of the mosh-pit and into your Gundillac, Sheila, and take on the baddest of badasses and survive in this metal moshing and mayhemic post-apocalyptic nightmarish wasteland.