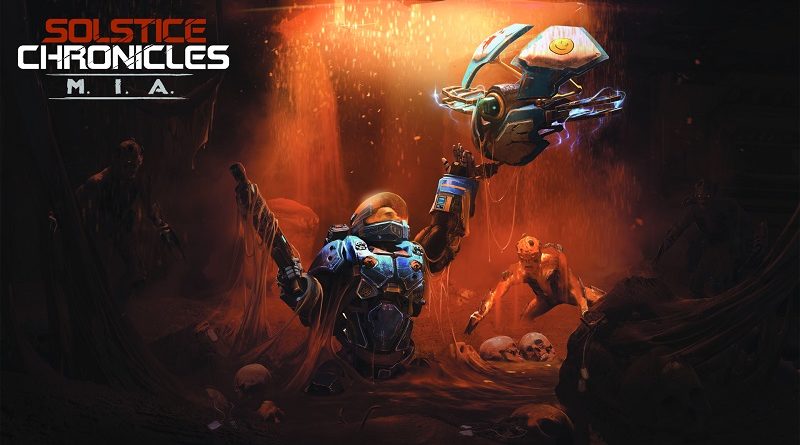 Solstice Chronicles: MIA is a sci-fi action shooter, introducing smart mechanics and skills that give you multiple ways to tackle the challenge!

In a dead colony on Mars a corporate marine is left far behind enemy lines. With the unlikely help of an insurgent drone, he faces a battle for survival against an army of murderous, mindless mutants… and worse things.

This isometric action shooter includes key strategic decisions. Your drone has vital abilities and you need to strategize as you fight; should you scavenge for supplies or push forward to face the enemy?
Decimate the mutant onslaught with upgradeable weaponry, including shotguns, rocket launchers and more, as well as special Heavy weapons like the autocannon and flamethrower, which will obliterate everything in their path. Develop your skill tree from across four classes – Assault, Demolition, Hellfire, and Terminator – to become the ultimate instrument of destruction.

Tackle the Story, with 20 levels of intense action and entertaining cutscenes. Or head into Survival, where you battle wave after wave of enemies.

Whatever the mode you can also team up with a friend in local co-op, even using just one Joy-Con™ each; it’s perfect for playing with a buddy anytime, anywhere!

Solstice Chronicles: MIA (Switch – eShop) comes out on February 7th in Europe and North America. The Upcoming Games page has been updated!

Did you enjoy Celeste, and wish for some more content? If yes, here’s some good news for you: Chapter 9 (Farewell) is coming soon!

The latest Devblog for Wargroove went live last week, and it’s all about the voice cast! Wondering who’s voicing the various characters in the game? If yes, click here to find out! 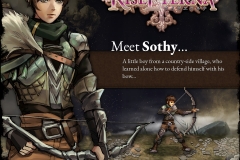 Swords & Soldiers was released last week on Nintendo Switch, but unfortunately, it’s impacted by a bug that can make it crash. It occurs when you try to start the 4th campaign from the main menu without completing the previous ones. The developers are currently working on a fix, but in the mean time, you can avoid it simply by completing the first 3 campaigns first.