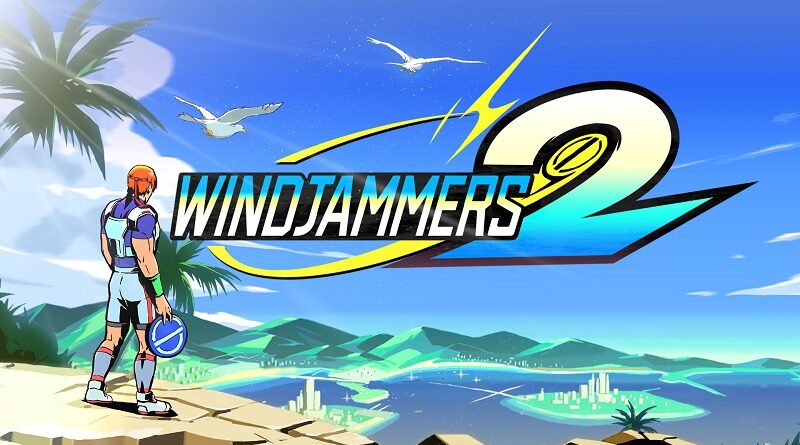 DotEmu have revealed the latest trailer for Windjammers 2, which showcases the Arcade Mode and reveals the return of Steve Miller:

Windjammers 2’s Arcade Mode allows superstars to conquer championships while playing solo, offering up a gauntlet of matches against AI opponents as well as optional challenges, which reward versatile competitors able to adapt their playstyles on the fly. Strong performances will earn credits, which can save players from falling out of a tournament should they ever lose a match. Arcade Mode is a great starting point for beginners and brings the world of Windjammers to life, adding color to each athlete’s story through personalized endings after they rise through the ranks and dominate rivals.

Today’s video also confirms the return of Steve Miller, an agile power disc-flinging icon who stands as a balanced choice for newcomers and Windjammers veterans alike. Although Steve’s throws range on the weaker side of the roster, he’s agile and a natural at pulling off reversals along with tricky curved shots.

An evolution of the original arcade classic, Windjammers 2’s radical power disc-flinging showdowns pair approachable mechanics with subtle depth, offering up an accessible competitive sport that’s perfect for casual rounds as well as high-stakes tournaments. Fluidly hand-drawn 2D animation converts the intense energy and emotion of matches into a beautiful spectacle, making Windjammers 2 a joy to both play and watch. 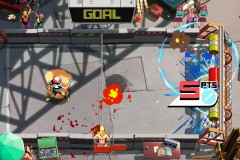 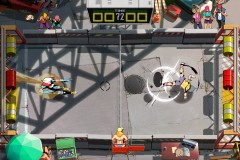 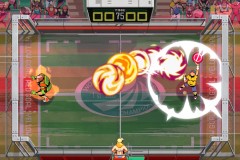 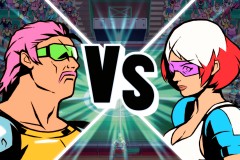 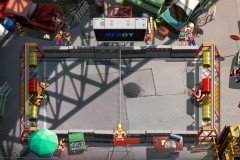 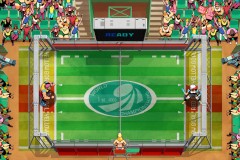 SNK vs. Capcom: The Match of the Millennium

SNK have announed that the latest release in their NeoGeo Pocket Color Selection is SNK vs. Capcom: The Match of the Millennium. It will be released on February 17th in Europe and North America, and February 18th in Japan. 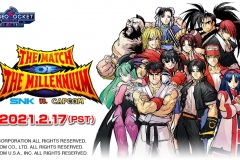 Here’s the latest videos for The Amazing American Circus, with:

The Amazing American Circus (Switch – eShop) does not have a release date yet.

Here’s the latest video for Neko Ghost, Jump!, along with some more details and a few screenshots:

Neko Ghost, Jump! is a pawsome puzzle-platformer that tasks players with switching between 2D and 3D camera perspectives as they guide Nekoman on an epic quest to rescue his bride-to-be, friends, and family from the evil Space Dog Pirate Boss and his minions. This adventure will take Nekoman across several biomes ranging from grassy plains to snowy tundras, to sweltering deserts and beyond. Along the way, players will have to not only switch between 2D and 3D planes but also between their physical and ghost forms to defeat any baddies along the way as they pounce across a series of entertaining yet challenging obstacles that will test their spatial awareness to the limits!

Neko Ghost, Jump! will run the gamut from an accessible family-friendly affair to a furmidable challenge for more masochistic players. Players will have the choice to use the playstyle they want to advance to later levels. Race against the clock trying to beat the speedrun time, take your sweet time and collect all the coins in the level, or for those that prefer no-fuss all action, just whack your enemies into oblivion with the swordfish. Use the loot collected in each level to not only take some time off the clock but also turn it in and customize Nekoman’s appearance with plenty of options available. Give him sweet specs, a dapper hat, or some shiny bling! 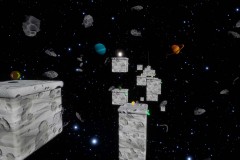 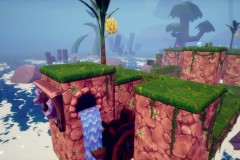 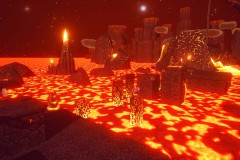 My Time at Sandrock

Here’s a livestream recording for My Time at Sandrock:

My Time at Sandrock (Switch – eShop) does not have a release date yet.

The Kickstarter campaign for Ova Magica is still going strong, with 133 211€ pledged as of writing. Here’s where the campaign stands: