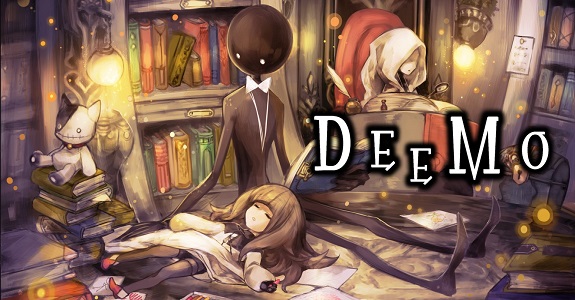 Today’s Nintendo eShop news (Round 2!), with Manticore – Galaxy on Fire announced for the Nintendo Switch, but also…

Last week, Deep Silver announced they were bringing Manticore – Galaxy on Fire to the Nintendo Switch on March 22nd. Here’s all you need to know about it:

The game is set in the Neox Sector of the galaxy, where the player is recruited as a pilot by the mercenary carrier Manticore. The crew of the Manticore is investigating an intergalactic conspiracy behind a cataclysmic event known as “The Shattering” which has caused much suffering in the sector. With the fate of the galaxy hanging in the balance, the player faces off against vicious space pirates, rival mercenary outfits and cut-throat mining companies to bring the culprits to justice. Throughout the story-based campaign, the player flies unique space ships, fights deadly enemies and faces more than 30 bosses in a handcrafted game world with more than 35 unique locations.

As an immersive space action game for the Nintendo Switch, Manticore – Galaxy on Fire combines intense dog-fighting gameplay with a gripping narrative in three acts and best-in-class 3D graphics.

Manticore – Galaxy on Fire (Switch – eShop) comes out on March 22nd in Europe and North America, and March 23rd in Japan. The Upcoming Games page has been updated!

Last week, Pixelnest Studio announced that Steredenn: Binary Stars (a “hugely expanded” version of Steredenn, a scmup/rogue-like) was headed to the Nintendo Switch on March 8th. Here’s all you need to know about it:

Steredenn: Binary Stars is an award-winning mashup of a classic shmup and a rogue-like, carved in big beautiful pixels, with insane boss battles. Fly solo or co-op with a friend, fighting off the worst scourges of space in a never-ending struggle for survival. Enjoy infinite replayability and unforgiving gameplay through intense boss fights, (almost) randomly generated environments, twisted space events and a massive arsenal of weapons. Enhance your ship during your flight with upgrades aplenty, and forge your own path across the universe!

Steredenn: Binary Stars (Switch – eShop) comes out on March 8th in Europe and North America. The Upcoming Games page has been updated!

Last week, PQube and Onion Soup Interactive announced they would publish Nippon Marathon on Nintendo Switch, this Fall. Here’s all you need to know about it:

San! Ni! Ichi! Hajime!!! Stretch your muscles and embark upon the ultimate marathon of Japan in a raucous ragdoll party multiplayer racer where anything can happen. Hurdle barrels, outrun Shiba Inu and dive out of the paths of bicycles – all while chucking fruit at your opponents and dashing across planks precariously balanced over waterfalls – in an unreal experience that must be played to be believed.

Four-player madness!
You can’t spell Nippon Marathon without ‘P’, ‘A’, ‘R’, ‘T’ and *checks letters* ‘I’, we suppose… Solo play is supported, but grab up to four pads and enjoy the supreme silliness of gaming’s greatest marathon.

See all of Japan!
Cross the entirety of the land of Nippon in a series of creative courses spanning busy city streets, village lanes, bustling markets, mountaintop shrines, supermarkets and even unsafe sake distilleries! Four courses will be available at the launch of Early Access, with more being added on the road to completion.

Wacky characters!
Go toe-to-toe with some of the coolest contestants who ever did, er… contest! Lobster-man J DARWIN, onesie-obsessive Elizabeth Nishibori, school uniform fan Zenbei “Xen Bae” and the completely normal Snuguru Maestro are among the challengers vying for the podium!

Tons of surprises!
You never know what will happen next in Nippon Marathon. Perhaps you’ll find time for an impromptu spot of slot machine fun? Maybe a news anchor will jetpack in to interview you on the racetrack? Heck, anything is possible…

Drop-in/drop-out play!
Need a bathroom break to squeeze pineapple juice out of your foam lobster claws? Random pedestrian passing by your couch and wants to play? Whatever the cause, hop in and out for the ultimate, flexible party get-together!

Nippon Marathon (Switch – eShop) will be released this Fall in Europe and North America. The Upcoming Games page has been updated!

Last month, Good Night Brave Warriors announced that Sling Ming (an on-rails puzzle adventure) was headed to the Nintendo Switch this Spring. Here’s all you need to know about it:

Grab your helmet, princess, you’re in for the ride of your life! Hook up to the Oxylane, a transit system that lets you fly through the air, swing around corners and defy gravity. Use it to recover the keys to the mysterious vault beneath the castle. You must stop the great evil that is consuming your kingdom!

With the Oxylane, Sling Ming introduces a totally unique way of exploring and solving puzzles in its side-scrolling 2D worlds:

Sling Ming (Switch – eShop) will be released this Spring in Europe and North America. The Upcoming Games page has been updated!

Last week, Flyhigh Works released an update for Deemo (Ver. 1.1), that adds controller support, and 20 additional songs. Here’s a trailer and some screenshots for the new songs: