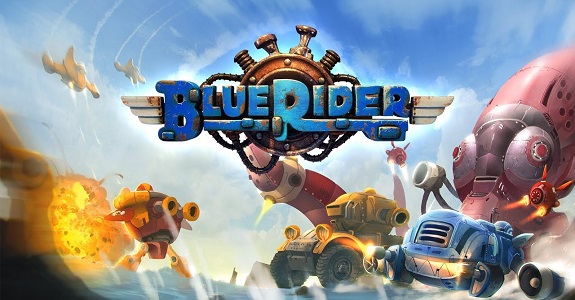 Yesterday, eastasiasoft announced yet another game for the Nintendo Switch: Blue Rider, an action-packed 3D shoot’em up developed by Ravegan. This version of the game features various updates and improvements, including online leaderboards, three adjustable difficulty settings, additional language support and various balance adjustments. It will be released on December 13th worldwide, and is already available for pre-purchase on the Nintendo eShop for 9.99€ / £8.99 / $9.99 / 980 Yen (with a 10% off discount).

Fight against the robotic forces of evil!

Hop in and join the explosive action of this 3D shoot ’em up! Blue Rider offers classic arcade gameplay, combined with beautiful visuals. Battle through 9 colorful and diverse stages, filled with a large variety of enemies that can’t wait to take you down. Power up your weapons, shoot down enemies and face huge & challenging boss encounters.

Yesterday, PQube announced that Hell Warders will be released on January 17th in Europe and North America. Here’s more details and a few more screenshots for it:

Hell Warders (Switch – eShop) comes out on January 17th in Europe and North America. The Upcoming Games page has been updated!

Yesterday, Headup Games confirmed that Super Treasure Arena will be released on December 24th in Europe and North America. Here’s a trailer, some details, and some screenshots:

Super Treasure Arena is a unique mix of retro-inspired arcade action and objective-based arena shooters for up to 4 players. The result is a frantic game where collecting and stealing coins from your opponents is the key to victory.

Choose a character and battle it out on tight top-down maps, filled with angry monsters and shiny loot. Various weapons scattered across each map can be picked up and will help you blasting away your opponents, including bows, magic staffs, bombs, rockets and more!