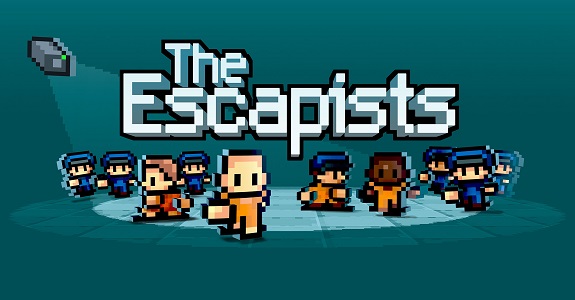 Did you like The Escapists 2 on Nintendo Switch, and would like to (re-)discover the original? If yes, here’s some good news for you: Team17 has announced that The Escapists: Complete Edition is coming to the console later this year! It will be the “most content-packed version of the game ever released”, as not only it will include all the prisons from the base games, but it will also come with 9 bonus maps (including one never released on consoles: Fhurst Peak).

Escaping won’t be easy. You’ll have to work around the strict prison schedule and avoid the unwanted attention of guards! You’ll need some cash to put your plan into action, so be prepared to get a prison job or perform favour requests for fellow inmates to earn those vital funds. Use your hard-earned cash to barter with traders for tools and crafting supplies, and make sure you find a good hiding place for your stash. And don’t forget to pay attention during roll call to avoid a cell shakedown – you wouldn’t want to lose that coveted shovel you’ve worked so hard to craft!

The Escapists: Complete Edition (Switch – eShop) comes out later this year in Europe and North America. The Upcoming Games page has been updated!

Last week, PQube announced yet another game for the Nintendo Switch: Hell Warders, a third person action tower defence hybrid developed by Antigravity Game Studios). It will be released this Fall.

Hell is at our gates! Rise up as one of the mighty Hell Warders, an ancient order of heroes with unique powers and abilities, to resist the demon hordes head-on. Push back wave after wave of Hell-spawn with an arsenal of weapons, rip apart their fearsome commanders with powerful hero skills, and deploy your army of knights, archers, and mages to bring the fight back to Hell!

Hell Warders (Switch – eShop) comes out this Fall in Europe and North America. The Upcoming Games page has been updated!

Last week, Playdius and Midgar Studio announced that Hover (their parkour game successfully funded on Kickstarter a few years ago) will be released on September 20th on Nintendo Switch. It will cot 24.99€ / $24.99, and it will feature cross-platform play on consoles.

Hover is a fast-paced single and multiplayer parkour game set in a futuristic 3D open world. The game takes place in ECP17, a high-tech city also called Hover City by its inhabitants and located on a distant planet. The Great Admin cut the communication with the Galactic Union and established a strong dictatorship. Having fun has become illegal and entertainment is banished.

You’re in charge of a team of young rebels, who fight against the new anti-leisure laws oppressing the city. Equipped with high-tech gears allowing amazing jumps and speed, the rebels can roam the city to sabotage the propaganda, help citizens, and put an end to the oppression by reaching the Galactic Union!

Hover (Switch – eShop) comes out on September 20th in Europe and North America. The Upcoming Games pages been updated!

Last week, Digital Smash announced that Splash Blast Panic (a competitive party fighting game by Team KwaKwa) is coming to the Nintendo Switch “soon”. Here’s a trailer and some details:

SPLASH BLAST PANIC is a competitive party fighting game where you dash, fly and shoot your opponents with a water pistol, mixing precision flight controls and a vast array of items and power ups. Inspired by old arcade titles, as well as, newer competitive party games, ruin all your friendships in a variety of stage which may or may not have various level of gimmicks that could backhand you if you’re not careful, or tell that person you always despised your true feelings with water bomb launchers, bubble prisons, water gun sentries, reflective shields and more!

Splash Blast Panic (Switch – eShop) is releasing “soon” in Europe and North America. The Upcoming Games page has been updated!