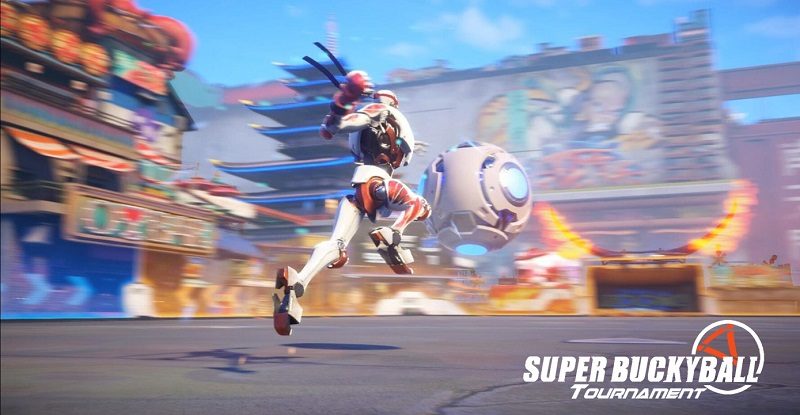 Pathea Games, the developers of My Time At Portia, have announced a second game for the Nintendo Switch: Super Buckyball Tournament, a “super intense third-person, multiplayer sports game” inspired by the likes of ARMS, Super Mario Kart, and Rocket League. It will be released on Nintendo Switch when development is complete (it’s releasing via Steam Early Access first, in late 2019, just like their first game).

Here’s some details, a trailer, and some screenshots:

Super Buckyball Tournament is a third-person, online multiplayer action sports soccer game. It differentiates from other sports games by offering full physics based ball movement and passing. Players will have to work with each other to create opportunities to score and the prevent the opposition from scoring.

Inspired by the likes of “Arms”, “Super Mario Kart” and “Rocket League”, the player will experience exciting and intense competition in Super Buckyball Tournament. There are eight unique heroes to choose from, and each hero has a unique power to pass, score, or attack the opposing team’s players. Items will also randomly spawn during a game to give the player an extra boost during play. These include shields, homing missiles, bombs, and more! The game simulates real-time physics and collisions. Teams with good teamwork will have an advantage!

Super Buckyball Tournament (Switch – eShop) does not have a release date yet. The Upcoming Games page has been updated!

Circle Ent. have confirmed that The friends of Ringo Ishikawa will also be released on April 4th in Japan, just like in Europe and North America. There will also be a special launch discount during launch week: 1 350 Yen (10% off; regular price: 1 500 Yen) until April 10th. The game does offer an English language option, in case you really need to buy the Japanese version!

The friends of Ringo Ishikawa (Switch – eShop) comes out on April 4th worldwide. The Upcoming Games page has been updated!

This War of Mine

11 bit studios have announced that This War of Mine has now sold over 4.5 million units worldwide. To celebrate, they also shared some stats about the game:

Here’s the latest videos for Lyrica:

Here’s the latest video for SMITE, featuring Highlights from the Darkness Falls update: