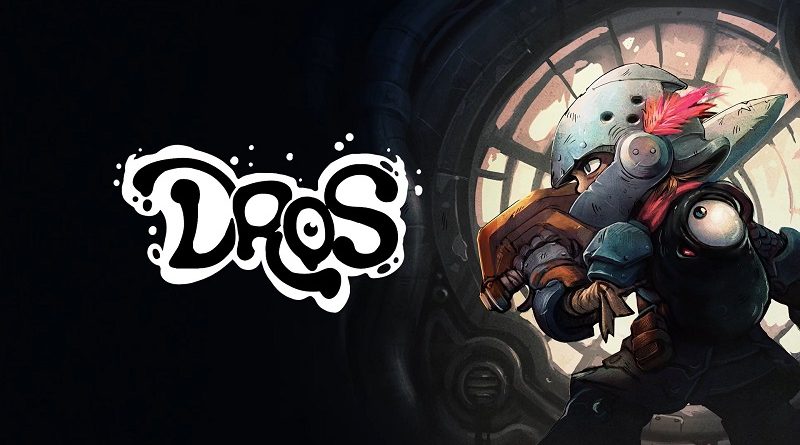 emergeWorlds (indie developers from Brisbane, in Australia) have announced a game for the Nintendo Switch: Dros, a 3D puzzle platformer featuring dual-character mechanics. It’s currently slated for a Q3 2022 release, but before that, it’s headed to Kickstarter: click here to register your interest!

emergeWorlds a small indie studio out of Brisbane Australia is crafting a loveable story and characters that hark back to classic games of the Monkey Island series and Zelda Link’s Awakening.

Discover the world of Dros, a dark fairy-tale adventure about two unlikely heroes stuck with each other…literally. Play as Captain and his slimy sidekick Little Dros as they grudgingly work together to solve mind-bending puzzles, battle creepy enemies and make their way to the top of the Machine.

Dros is inspired by classic fantasy films of the 80’s & 90’s like Labyrinth, Willow and The Dark Crystal. Combined with quirky characters, puzzles and action seen in games like The Secret of Monkey Island and Zelda – Links Awakening.

Dros is a story-driven 3D, puzzle platformer with dual-character mechanics. It’s a heartfelt and whacky story about the challenges in getting along. Captain and Little Dros will learn how to overcome their differences by working together.

We have delicately crafted every detail to create an immersive world for Dros. We take great pride in our art, design and production quality.  Dros features a compelling story and characters, with an emphasis on puzzle solving, platforming and action. 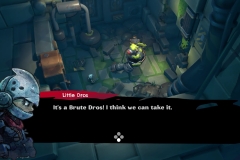 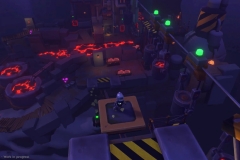 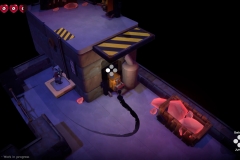 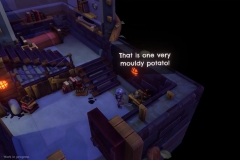 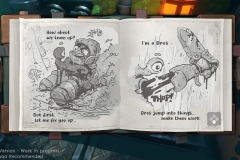 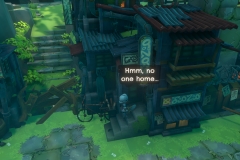 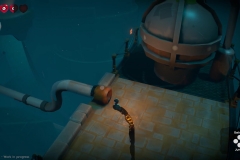 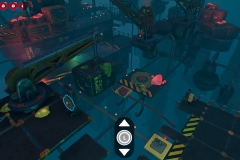 Dros (Switch – eShop) does not have a release date yet, but is slated for a Q3 2022 release in Europe and North America.