Ratalaika Games have announced their latest game for the Nintendo Switch: Paw Paw Paw, a “canine beat ’em up” developed by Simpleton and GrabTheGames. It will be released on December 3rd in Japan, and December 4th in Europe and North America. It will cost 9.99€ / £9.99 / $9.99 / 1 000 Yen.

Paw Paw Paw was a peaceful and prosperous kingdom until one day the King decided to enforce everyone to wear pants! There are four starting characters to chose from, with more to be unlocked as you play the game. Each character has their own abilities, stats, combos, and weapon preferences. Choose a character that fit your play style, and fight for the freedom of pants-less Paw Paw Paw!

Paw Paw Paw was a peaceful and prosperous kingdom until one fateful day, when the King had decided to enforce everyone to wear pants. You play as part of the resistance group ANTIPANTS, in their effort to bring down the King. Hack and slash your way to victory, and beat all your enemies into pulps! 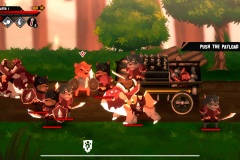 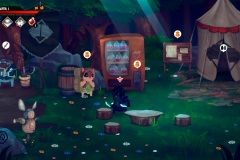 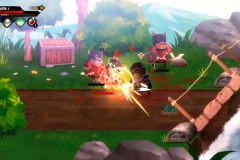 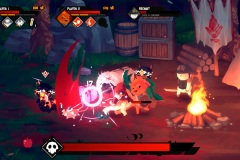 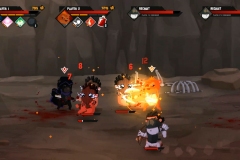 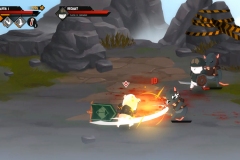 Here’s the second trailer for the Melody of Mystery DLC for Trine 4, along with some more details and the list of key features:

Trine 4: Melody of Mystery beckons the series’ endearing trio of heroes—Amadeus, Pontius, and Zoya—back to the Astral Academy to investigate a mystical slumber which has enveloped the academy’s students. With a suspicious and mistakenly freed spirit on the loose, Amadeus, Pontius, and Zoya’s encore journey will lead them through six all-new levels, where they’ll master upgraded abilities while solving new puzzles.

Trine 4: Melody of Mystery (Switch) comes out this Spring worldwide.